Cardano, now the sixth-largest cryptocurrency by market cap, could see its current upward momentum last for quite a while without seeing any major consolidation. 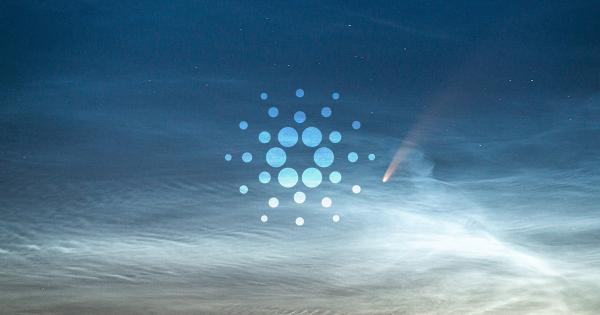 Photo by Daniil Silantev on Unsplash

Cardano, now the sixth-largest cryptocurrency by market cap, could see its current upward momentum last for quite a while without seeing any major consolidation. The latest data from analytics company IntoTheBlock showed that there is very little resistance between ADA’s current price of $0.13 and $0.14, while the previous major level of $0.12 could hold strong and prevent the coin from retracting.

July has so far been a great month for Cardano

After taking a major blow in mid-March alongside the rest of the Market, Cardano has been on what can only be described as an unstoppable rally. Fueled by the slew of major developments coming from IOHK, Emurgo, and the Cardano Foundation, Cardano’s native cryptocurrency ADA has been on a roll this month.

Data from Cryptoslate shows that ADA is up 62.5 percent this month.

And while ADA is still far away from the ATH of $1.16 it saw in January 2018, Cardano’s on-chain metrics show that this rally could very well continue throughout the summer.

According to data from cryptocurrency analytics company IntoTheBlock, almost 77 percent of all addresses holding ADA are in profit, having bought the coin at a lower price than its current value.

While the launch of Shelley and the upcoming releases regarding Goguen both point to a bright future for Cardano, they aren’t reliable factors when predicting ADA’s short-term price movements. What could be viewed as a better indicator of minor price movements are the addresses holding ADA, as they form the tough resistances that could halt the current upward trend and lead to consolidation.

However, according to IntoTheBlock, there’s very little chance that ADA won’t be able to break through to the critical level of $0.14.

Namely, when analyzing information for addresses that bought ADA between $0.11 and $0.15, we can see that almost 16,000 addresses bought ADA for $0.12. The 1.39 billion ADA purchased by these addresses has formed a very strong resistance that allowed Cardano to jump over 62 percent this month.

With only 5,200 addresses currently out of the money, meaning they bought ADA above its current level of $0.13, there would be very little resistance if its current rally was to continue.

At the peak of the crypto bubble, Cardano (ADA) was the fifth-largest cryptocurrency, believe it or not. 2 min read

Cryptocurrency scams are a recurring aspect of the market. 2 min read