Stellar signals its ambitions by mulling over a takeover of MoneyGram. 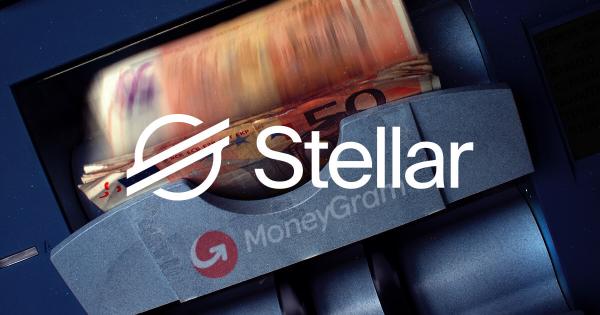 According to Bloomberg, the Stellar Development Foundation, together with private equity firm Advent International, have expressed interest in a takeover of MoneyGram International Inc.

Stellar and MoneyGram, a match made in heaven?

MoneyGram is a Nasdaq-listed wire transfer company that was originally formed in 1940. Its global money service extends to every (populated) continent. The firm has carved out a reputation for fast, reliable, and reasonably priced money transfer services.

Although the firm deals primarily with fiat money, it has flirted with cryptocurrency in the past. First, in leveraging Ripple’s xRapid cross-border liquidity solution in 2019, which later fizzled out. And more recently, partnering with ATM firm CoinMe to provide Bitcoin ramping solutions.

Given that Stellar launched in July 2014 as the result of a hard fork from the Ripple protocol, comparisons between the two are often drawn.

However, Stellar Co-founder Jed McCaleb points out that significant changes to the consensus code were made, making them completely different products.

A Byzantine agreement system is tolerant of “Byzantine” faults, which refers to nodes that give false information. This may be due to error or even a deliberate system attack. Either way, this method enables a network to continue operating even if some of the nodes fail or act maliciously.

Whereas Ripple’s consensus mechanism relies on voting, with more than 80% of nodes agreeing to each transaction before it forms a ledger entry.

Stellar aims to empower everyday people by creating fair access to the global financial system. Unlike Ripple, which tends to focus on banks and financial institutions.

Although there are obvious complementary facets between Stellar and MoneyGram, a takeover is not confirmed at this point. Bloomberg says Stellar and Advent could choose to opt out.

In 2019, Ripple bought a $30 million stake in MoneyGram. The deal also meant MoneyGram would use Ripple products for cross-border payment solutions and foreign exchange settlement.

However, feeling the heat from regulators over Ripple’s alleged breach of securities law, the two parted ways in March this year, with Ripple CEO Brad Garlinghouse saying he’s committed to revisiting the partnership at some future point.

This time was a difficult period for Ripple as a number of key partners were jumping ship to avoid being caught up in the SEC lawsuit.

Although the SEC vs. Ripple case is still ongoing, Ripple’s legal team has made a convincing challenge to the allegations. So much so that Forbes chimed in with an article titled “In The Ripple Case, The SEC Is Now On Trial – And Knows It.”

In any case, with Stellar now circling around MoneyGram, perhaps Ripple has lost this alliance for good.