MoneyGram revealed it is now commercially leveraging XRP through Ripple’s xRapid for cross-border transactions, according to the latest earnings call. The integration represents the largest real world use case for XRP.

During MoneyGram’s Q2 2019 earnings call, MoneyGram shared that the company has been using Ripple’s liquidity solution, xRapid, since late July. However, the company did not provide any further details on the number of transactions or overall volume conducted using xRapid.

Traditional payment networks have intense capital requirements, especially when it comes to international currency transactions. Banks use a process called “nostro account funding,” where a bank holds foreign currency in another bank to facilitate international transactions and currency conversions.

Ripple is attempting to innovate in this area through its use of xRapid and XRP. The company claims that XRP provides “on-demand liquidity,” alleviating the need for large balances held in nostro accounts.

MoneyGram affirms this position in its Q2 report, stating:

And, the amount of freed-up capital could prove significant for financial institutions like MoneyGram. In McKinsey’s 2016 report, outstanding balances held in transactional accounts exceeded $27 trillion in 2015.

“Through Ripple’s xRapid product, we will have the ability to instantly settle funds from U.S. dollars to destination currencies on a 24/7 basis, which has the potential to revolutionize our operations and dramatically streamline our global liquidity management,” said MoneyGram CEO Alex Holmes in June 2019.

However, XRP’s use by the money transfer business may not have a substantial impact on demand for the cryptocurrency. As a source of liquidity, payment services which use xRapid “don’t need to hold XRP for an extended period of time” because the transactions settle in seconds.

In June, Ripple committed to buying $30 million in MoneyGram equity (MGI) at $4.10 per share, amassing a ten percent stake in the company, at a steep premium. Details of the deal show that Ripple paid three times market value for shares in the company.

Not only that, Ripple agreed to invest up to an additional $20 million over the next two years at the same price of $4.10 per share. MGI was trading at $2.78 at market close this Friday.

“We are very pleased with the terms of the Ripple investment which supports the company with permanent capital and additional liquidity … MoneyGram [now has] the opportunity to improve operating efficiencies and increase earnings and free cash flow.”

The majority of MoneyGram’s current settlement process is still probably being handled through the $5 trillion global foreign exchange market. This requires that MoneyGram acquire most fiat currencies in advance. However, integrating xRapid will allow the company to settle key currencies by “matching the timing of funding with its settlement requirements.”

Expressing confidence in his firm’s decision to partner with MoneyGram, Brad Garlinghouse, the CEO of Ripple, said in June:

“MoneyGram [will] greatly improve its operations and enable millions of people around the world to benefit from its improved efficiency. [Integrating xRapid with MoneyGram] is a huge milestone in helping to transform cross-border payments and I look forward to a long-term, very strategic partnership between our companies.” 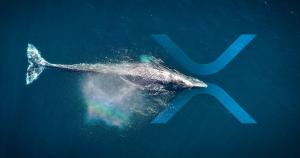 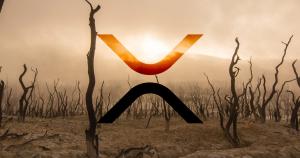 Like what you see? Get more Ripple news in your inbox

Omar enjoys writing about all topics related to Bitcoin, blockchain, and cryptocurrency. He is most interested in crypto regulations, quantum resistant blockchains, and Ethereum and Bitcoin Core development. His academic background includes an undergraduate degree in computer science from the University of Nevada and a masters of science in psychology from the University of Phoenix. He works as an application developer for the University of Houston and a data storage specialist for Dell EMC.

These three cryptocurrencies could serve as a hedge against Bitcoin

Ripple Labs, Inc. is a US based technology company which develops the Ripple payment protocol and exchange network. Ripple connects banks, payment providers, digital asset exchanges and corporates via RippleNet. The company was founded in 2012 and is based in San Francisco, California. Learn More ➛