Holders of Squid game token, SQUID, have discovered that they would be unable to sell their asset despite the price surge of the asset. 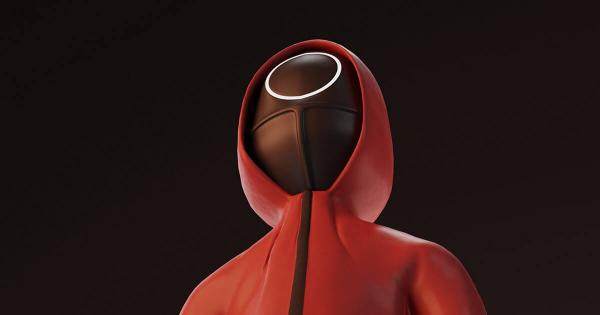 SQUID, a cryptocurrency token created based on the popular Netflix Korean-language series Squid Games, has seen its value rise by over 200% within the last 24 hours touching to as high as $4.32. But users are now reporting they are having trouble selling, leading some to speculate whether there is reason to be concerned.

As a newly launched token, its unexplainable price growth places it amongst other meme crypto assets like Shiba Inu and Dogecoin whose prices tend to surge based on their growing popularity in the market.

The SQUID token is going to be the entry digital asset into the Squid Game’s play-to-earn online tournament that is expected to begin later this month where holders of the coin would be able to participate in six rounds of the game featured in the Netflix series.

Participants in the virtual version of the series could win an uncapped amount of grand prize and their numbers would also be unlimited, unlike the movie which had only 456 players.

Another interesting feature of the SQUID token ecosystem, which is built on the Binance Smart Chain, is the fact that there would be an NFT marketplace where users can purchase different tokens based on the characters of the movie. Also, there would be opportunities for holders to earn staking rewards through the Marble Pool.

However, despite all of these enthralling features and with the value of the coin rising by over 110,000% in less than a week, holders of the coin have been unable to sell their holdings which has raised a lot of red flags in the crypto community

Reacting to this news on Reddit, Gazemblem stated that if holders of the coin had watched the movie, they would have realized that “there could be only one winner.”

Another comment from Previous_Advertising said “Funny thing is you actually can sell if you own another shitcoin called MARBLES. But you need to pay more marbles than the SQUID token is worth to sell it so you end up losing money.”

So u can't sell $SQUID game token for at least 3 years. As scammy as it sounds, i gotta give props to these people. They locking their holders up like it's squid game ? pic.twitter.com/gjb0juGwEd

On Twitter, the reaction is no different as several commentators have been making fun of holders of the coin for not “reading the white paper of the token.”

At approximately 9:30 am UTC, it looks like a rug pull may have occurred on the SQUID/WBNB pair on PancakeSwap.

Not banks, not memecoins: Is crypto’s biggest hurdle a political one?

Some believe cryptocurrency needs regulation, while others feel like regulating said financial disruptor will only stifle innovation and make things worse for everyone involved, from the miners to the investors.

Gone are the days of easy money from the storied Dogecoin pumps.