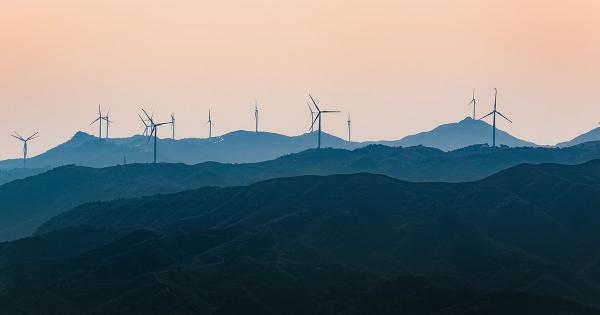 Photo by Vista Wei on Unsplash

Bitcoin mining farms and renewable energy facilities can greatly help each other to create an “abundant, clean energy future,” according to a joint research report published by payments company Square and asset manager Ark Invest yesterday.

Today is the day we turned the tables on the bitcoin energy debate: https://t.co/QjUzqmuCSS pic.twitter.com/gfd3lw9RhD

Per the white paper, there are currently several roadblocks standing in the way of solar and wind power facilities’ development. One of them is the intermittency of their output since both rely on times of day or weather conditions to operate—and those may not always coincide with peak hours of energy consumption.

Additionally, there is currently around 200 GW worth of “delayed” solar and wind capacity in the so-called interconnection queues in just three of the U.S. energy markets. What this means is that dozens of energy projects have already been approved and have developers and financing readily available, but aren’t in construction.

And there is a simple reason for that—the existing electrical grid simply cannot accommodate any more power, especially since wind and solar facilities are usually located in rural areas with less developed infrastructure. This is where Bitcoin mining comes in.

The “buyer of last resort”

By “attaching” Bitcoin mining facilities to solar and wind power plants, developers can solve several problems in both industries. For starters, Bitcoin mining can serve as a “buyer of last resort,” always ready to consume any amount of power. This could enable the construction of additional renewable energy plants—even if the grid is not ready for them yet—since profits from mining could offset the lack of consumers.

Such “symbiosis” could also help to decentralize and secure Bitcoin’s blockchain itself and increase its energy capacity—without affecting the rest of the grid.

“It’s estimated that there’s only 10-20 GW of [Bitcoin] mining capacity worldwide today. Deploying miners at even 20% capacity with the above mentioned 200 GW of delayed solar and wind projects on U.S. grids alone could result in 40 GW of new mining capacity, effectively dwarfing the entirety of the existing global market,” the researchers argued.

As an added bonus, such mining-energy hybrid facilities could also provide the grid with a readily available boost of “excess” energy in case of various emergencies such as the recent outages in Texas.

As a result, combining Bitcoin with solar and wind power facilities would help “greenify” the mining itself and allow developers to expand the total number of existing renewable energy plants beyond what’s currently sustainable.

“We believe deploying such a large amount of new, geographically diverse hashrate would also have the second order consequence of strengthening the security of the Bitcoin network, potentially further entrenching Bitcoin as a sound currency for all,” the researchers concluded.

And if the recent 25% drop in Bitcoin hash rate caused by an emergency in the Chinese province of Xinjiang taught us anything, it’s that more decentralization will never hurt.