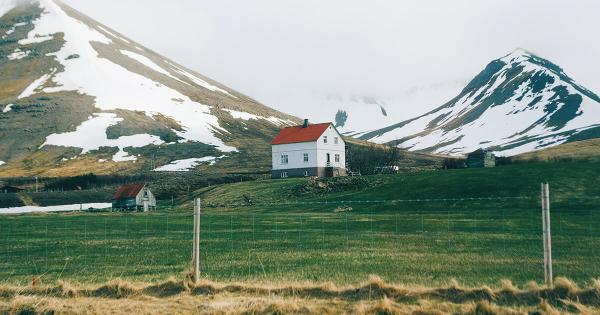 Photo by Lucas Marcomini on Unsplash

There’s no more hopeful image than an oasis in a desert. But what about a warm greenhouse in a Nordic winterscape? There’s a greenhouse in Northern Sweden that may be the future of sustainable, year-round farming, and the heat is coming from an unlikely source: Cryptocurrency mining.

Mining for cryptocurrency uses a massive amount of energy, due to the computing power needed. In order to mine, a computer must solve an algorithm — and be the first to do so — which requires state-of-the-art hardware working at incredibly fast computational speed. When mining first began, it was possible to be competitive and profitable from a computer in your home. But today, mining is a multi-million dollar industry, with huge datacenters running thousands of rigs competing to solve those algorithms, and generating a massive amount of energy as they do so. It’s estimated that mining for Bitcoin produces around 77 terawatts a year — the equivalent of the energy production of Chile.

Computers working at that height of computing power are not only generating algorithms. They’re also generating heat, such to the extent that datacenters not only need to account for rig set-up, but also for scaled cooling. But should so much excess heat be going to waste? Is there a place where this excess heat could be used as clean, renewable energy for other ventures?

Meanwhile, local farmers in Nordic countries are facing difficulties maintaining productivity and competitiveness due to the subarctic temperatures that make building a sustainable food industry a challenge. How can you create sustainable local food production when temperatures can get as low as -30°C (-22°F)? Additionally, regional governments are encouraging more self-sufficiency to decrease reliance on imports, and are also encouraging local industries to hit energy efficiency targets. So what’s the solution?

To try to solve these problems, the Boden Business Agency, located in Boden, Sweden, is seeking to partner with energy-intensive industries to help find and foster synergies with local producers. The Energy Symbiosis initiative is providing a testing ground for partnership, and one of the first projects they’re launching is a greenhouse warmed by the by-product of computing: heat.

Crypto mining companies are already finding the Nordics to be a great location for operations due to the cheap, green energy already available there. And Nordic governments are seeking ways for the population to be more sustainable and self-sufficient. The partnership linking datacenters and greenhouses seems a natural one.

The idea is simple. My company, Genesis Mining, provides the source: a 600 kW air-cooled datacenter container that will supply heat to a 300m2 greenhouse. The datacenter is fitted with a system that connects it to the nearby greenhouse, using heat that would otherwise go to waste to grow fruits and vegetables in the middle of the subarctic environment. The greenhouse would be able to attain a temperature of 25°C (77°F) year-round.

The project will focus on growing fruits and vegetables initially, but datacenter heat can be used for fish, insect, and algae farming, as well as provide heat for fruit drying — a key benefit, considering Sweden is a major berry exporter.

In addition to the Boden Business Agency and Genesis Mining, the Research Institutes of Sweden (RISE) and the Luleå University of Technology are also partners on the project to provide scientific assessment and academic rigor. The idea isn’t just to throw a greenhouse and a datacenter together to see if it works. It’s to meticulously plan each detail of the construction, input/output, and end results in order to thoroughly understand how it works, why it works, and how to scale it.

For example, the greenhouse wouldn’t just be limited to 300m2. Andreas Johansson, a senior lecturer from Luleå Technical University, determined that with a simple bump in datacenter temperature output, greenhouse space can be expanded exponentially. A mere 20° increase in datacenter output would heat a greenhouse three times the size of the original.

Mattias Vesterlund, a senior researcher at RISE, determined that “A 1 MW data center would have the ability to strengthen the local self-sufficiency up to 8% with products that are competitive on the market.” This brings incredible promise to an area that has seen food production not only stagnate but decrease in the past decade due to the subarctic climate. This opportunity to use datacenter heat to warm greenhouses not only provides a way to secure the food supply, but allows for local economic growth, increased competition, and less reliance on imports.

What Was Once Considered Waste Creates Sustainability

What was initially thought of as just a by-product of mining with no purposeful use may now revitalize the food chain.

As for right now, they’re not looking to scale up the greenhouse into a commercial production. Instead, they want to take the time to study the project and learn for future scalability, determine what crops work best within the greenhouse, and create value and synergies within the community. It’s not just a technological project or science experiment, but a way to collaborate cross-industry, and educate those outside of the labor market on local farming techniques and production.

But the ultimate goal is to scale, and harness the excess heat resources not just from one datacenter but from many, to provide creative solutions for energy efficiency and to help local economies. One day there won’t just be the hope of one greenhouse in the winterscape, but many around the world that are helping to save the planet.