South Africa’s reserve bank released a consultation paper that includes favorable recommendations and guidelines for the crypto asset industry in the country. 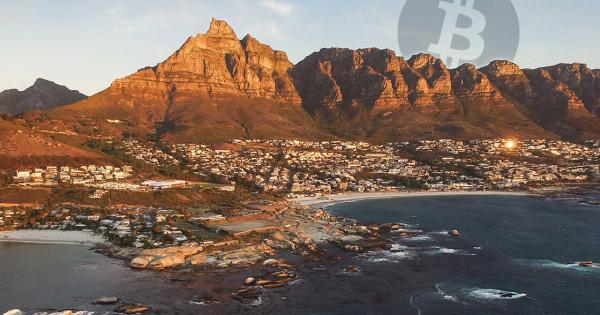 South Africa’s reserve bank released a consultation paper that includes favorable recommendations and guidelines for the crypto asset industry in the country. However, the agency is not looking to treat Bitcoin and other digital currencies as ‘currency.’

On Jan. 16th, The South African Reserve Bank (SARB) released “Consultation Paper on Policy Proposals for Crypto Assets,” which goes over the agency’s recommendations and regulatory guidelines for crypto assets and businesses using these assets. Note that the paper is not official legislation; rather, it opens the dialogue with the public allowing them to comment on a proposed regulatory framework.

The actions of the South African Government and the Reserve Bank have suggested that they are open-minded towards blockchain and cryptocurrencies. Since 2017, the country has tested regulations in a “sandbox environment.”

This latest paper represents the next step in the Reserve Bank’s process of establishing legal clarity for cryptocurrencies in South Africa.

The stance of the agency is mostly positive towards cryptocurrency and blockchain for users and businesses. However, the guidelines also advise the government to take a cautious approach, which isn’t unusual for larger countries looking to foster the nascent technology.

A striking component of the Consultation Paper is that the Reserve Bank is not looking to treat Bitcoin and other cryptocurrencies like “currencies.” In fact, they have gone as far as to label them as “crypto assets.”

For fair comparison, Gold (except Krugerrands), silver, and platinum also lack legal tender status in the country. Thus, the label may not carry as much weight as crypto advocates might presume. In other countries, such as the United States, bitcoin and ether are sometimes classified as commodities—at least for tax and some trading purposes—rather than foreign currency.

It doesn’t appear that SARB is looking to draw out the regulatory process like some other jurisdictions. Instead, the agency has said that it is willing to amend legislation as the industry evolves, rather than waiting for the industry to develop and then implement rules retroactively.

One interesting final point, SARB will not view the crypto asset industry as “major” until it reaches (a somewhat arbitrary) $1 trillion in market capitalization.

As a member of the G20—which includes major economies such as India, France, Canada, Australia, and Brazil—South Africa has considerable sway when it comes to global economic policy. The general direction of the paper seems progressive, cautious, and forward thinking when it comes to cryptocurrency and blockchain.

If others in the G20 follow South Africa’s lead, it may place cryptocurrency in a good position for greater adoption. A fair, regulated, and cautious approach towards cryptocurrency may be what the industry needs to spark institutional interest, and South Africa could be the major economy that figures out that formula.

New York vs. Ohio, the Tale of Two Regulatory Frameworks