Web-scale blockchain network Solana, which boasts over 2 billion transactions since its introduction in March 2020, announced ‘Wormhole,’ a secure, trustless bridge connecting Ethereum to Solana, in a release shared with CryptoSlate. 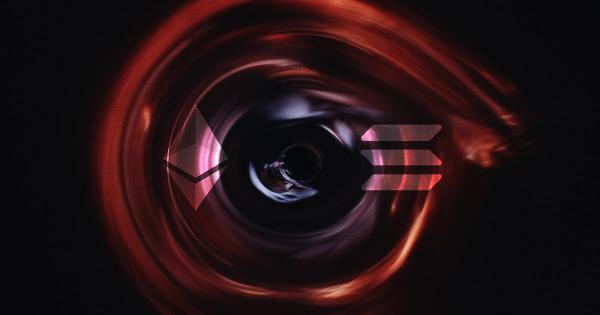 Web-scale blockchain network Solana, which boasts over 2 billion transactions since its introduction in March 2020, announced ‘Wormhole,’ a secure, trustless bridge connecting Ethereum to Solana, in a release shared with CryptoSlate.

Built in partnership with Certus One, Wormhole is the first of many bidirectional cross-chain bridges on Solana. Wormhole connects ETH and ERC20 tokens to SPL Tokens, the token standard of the blockchain.

For the uninitiated, Solana was built to solve blockchain scalability issues and is already seeing this manifest in projects like Serum, Kin, Terra, Stardust, and most recently, Tether. Those teams all employ the cryptographic properties of blockchains but require the scale, speed, and low-cost of the web.

Wormhole allows existing projects, platforms, and communities to move tokenized assets seamlessly and trustlessly across blockchains to benefit from Solana’s high speed and low cost. Interoperability remains a high priority, as it unlocks network effects and allows for the most efficient use of resources.

Wormhole is currently being audited by on-chain security firm Kuldeski.

To popularize the release, the Solana foundation is developing developers from around the world to use Wormhole in our upcoming hackathon commencing on October 28.

“With inspiration bursting from our community and more exciting news on the horizon, the Foundation is hosting a virtual hackathon to bring ideas and crypto enthusiasts together to create highly scalable and cost-efficient web3 applications,” the release said.

Blockchain projects and exchanges like Gauntlet, Curve, FTX, Balancer, Aave, Audius, and others are expected to take part in the hackathon.

Some benefits for teams to build on Solana are that of instead having to rewrite their codebase for the project, they can employ Wormhole to access the high-speed and low-cost benefits of the Solana network.

“The [Ethereum] network, constrained by current infrastructure limitations that don’t allow for fast transactions, as evidenced by gas fees and network congestion. Bridging across to Solana negates that friction and still allows for the value to settle back to the Ethereum network if so chosen,” the team explained.

Cross-chain compatibility and performance have been a long-awaited feature of the broader ecosystem, and with projects and teams like Solana, the wait may not last much longer.