The long-awaited decentralized derivatives exchange Serum got its big reveal earlier this week, when Sam Bankman-Fried, the CEO of FTX, demonstrated its testnet during an online panel. 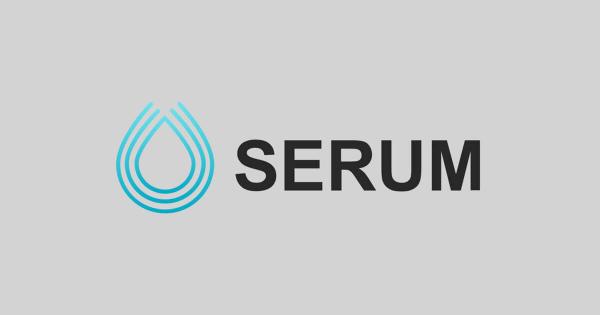 The long-awaited decentralized derivatives exchange Serum got its big reveal earlier this week, when Sam Bankman-Fried, the CEO of FTX, demonstrated its testnet during an online panel. While the DEX won’t ship for another few weeks, the first look at the innovative, Solana-based platform showed that users will be looking at one-second latency and transaction fees less than 1/100th of a cent.

Decentralized derivatives exchange Serum is right around the corner

Less than two weeks since Serum was officially announced the public got a first look at the ambitious decentralized exchange.

Sam Bankman-Fried, the CEO of FTX and Alameda Research, provided valuable insights about the exchange during the latest FTX online panel, saying that the only centralized thing about Serum is its URL.

He revealed that the exchange will roll out for the public within the next few weeks, but that the system has been working seamlessly on the testnet. This is mostly due to the great collaboration between Solana and FTX, Bankman-Fried noted. The fact that Serum was able to be shipped in less than three weeks showed is a testament to the great work being done at Solana, he added.

One second clearings and $0.0001 transaction fees are just the beginning for Serum

Bankman-Fried demonstrated a working version of Serum during an FTX online panel that featured some of the most notable names in DeFi—Aave’s Stani Kulechov, Compound’s Robert Leshner, Solana’s Anatoly Yakovenko, and Sino Global Capital’s Matthew Graham.

In a statement to CryptoSlate, Graham said that Sino Global Capital was extremely pleased with the recognition Serum has received. FTX, which is one of their portfolio companies, managed to tackle some of the biggest problems facing DeFi such as speed, decentralized orderbooks, and transaction costs.

According to Bankman-Fried, Serum’s matching engine will be completely on-chain, which means it won’t be held back by the automated market-making (AMM) problems most decentralized exchanges face.

This is what has the potential to make Serum the decentralized platform with the highest throughput—Bankman-Fried said that the platform can handle hundreds of orders per second per market. The demonstration showed that trades cleared with unprecedented speed—it takes one second for an order to be finished on the blockchain once accepted.

But, this isn’t the farthest Serum can go—the team behind Serum will push for more development that would enable a 400 ms latency, Bankman-Fried revealed during the panel.

When it comes to the cost of transactions, none of the orders that have been put on the testnet so far cost more than $0.0001—1/100th of a penny.

If Serum is able to transition its full functionality from the testnet to the mainnet, it could, as one YouTube commenter put it, “make Uniswap feel like using a fax machine.”

Serum claims to be the world’s first completely decentralized derivatives exchange with trustless cross-chain trading brought to you by Project Serum, in collaboration with a consortium of crypto trading and DeFi experts.. Learn more