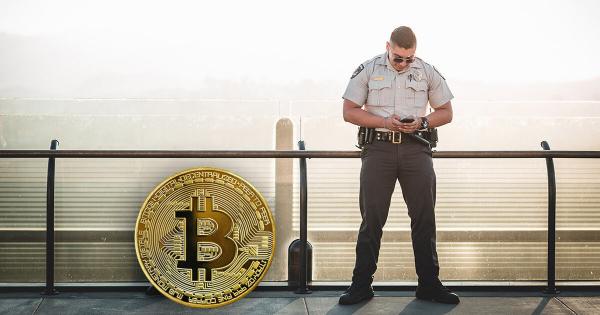 Bitcoin’s mainstream adoption is picking up fast. It’s not only large institutions such as Tesla, Square, and MicroStrategy that are scooping up the asset at every downswing, but even the San Francisco Sheriff’s Department seems to be interested in the world’s largest cryptocurrency by market cap.

The San Francisco Deputy Sheriffs’ Association (SFDSA), a non-profit organization dedicated to the support of law enforcement families and communities, announced over the weekend that it had added Bitcoin to its “all-weather” investment portfolio.

This is despite the Association still considering Bitcoin as a highly volatile asset. But, for most of its members who voted in favor after a “tough” discussion,” the volatility served purpose.

“At that time Bitcoin was approximately $63,000 dollars per Bitcoin. We were lucky that a market correction occurred, and we were able to buy Bitcoin at a lower price. I like to say at a discount,” said Ken Lomba, president of the SFDSA.

Transaction history shows that there is a significant supply barrier ahead that may prevent prices from advancing further.

Data from on-chain analytics firm IntoTheBlock’s In/Out of the Money Around Price (IOMAP) model shows that roughly 1.50 million addresses bought nearly 670,000 BTC between $55,000 and $56,600. Holders within this range may try to exit some of their underwatered positions to break even. The potential increase in downward pressure may help keep rising prices at bay.

A rejection from the $55,700 resistance could lead to a retrace of the $49,500 support zone. But if demand for Bitcoin at the current price levels is significant enough to push it above the supply wall ahead, then an upswing to $59,000 would seem imminent.