Russia approved a draft bill to exempt cryptocurrency issuers from VAT as part of its ongoing pro-crypto legislation. 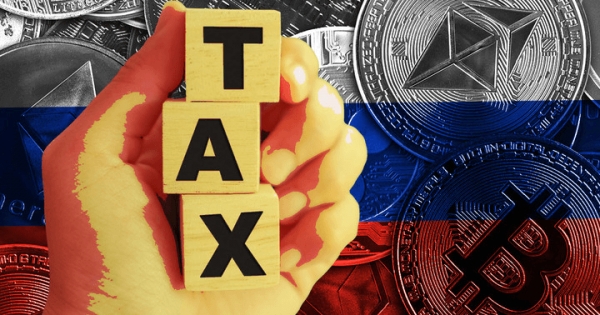 The lower house of the Federal Assembly of Russia approved a draft bill on June 28 that could exempt cryptocurrency issuers from Value Added Tax (VAT).

The decision to cut Russia from the SWIFT system in late February put pressure on the Russian financial system.

However, there is growing evidence that the sanctions are hurting “unfriendly nations” more, especially in the restricted supply of oil, gas, and wheat.

In addition, Russia defaulted on a $100 million international bond interest payment for the first time in over 100 years on June 27. The Kremlin said it has the means to meet its obligations thanks to oil and gas revenue.

The Finance Ministry further added that it had fulfilled its duties by depositing money in its onshore National Settlement Depository (NSD). However, sanctions have blocked the payment to recipients, which Kremlin spokesperson Dmitry Peskov said was “not our problem.”

Before the conflict with Ukraine began on February 24, Russia had adopted a hardline approach against cryptocurrency. In December 2021, the Central Bank of Russia issued a report warning of the risks associated with digital assets, even proposing a complete ban.

However, after the invasion, Russian officials backtracked their hardline stance and embraced the cryptocurrency sector. With that came a whole host of pro-crypto moves, such as talk of selling oil and gas to friendly nations using Bitcoin and legalizing crypto mining.

The bill proposing VAT exemptions for crypto issuers is the latest move triggered by the ongoing situation.

“exemptions on value-added tax for issuers of digital assets and information systems operators involved in their issue.”

It also sets out more favorable tax rates on income earned through selling cryptocurrencies. The current tax rate for such transactions stands at 20%. But under the proposals, the new rate would fall to 13% for Russian companies and 15% for those abroad.

The bill must be approved by the upper house of the Federal Assembly and agreed upon by President Putin before passing into law.