Centrobank is reportedly concerned that growing volumes of crypto trading could present risks to financial stability. 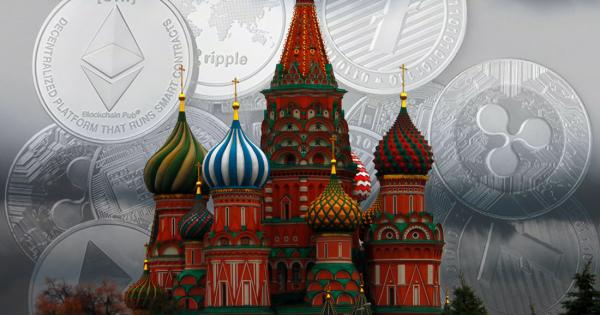 Photo by Ivan Shilov on Unsplash

The central bank of Russia (Centrobank) is reportedly seeking to bar the country’s residents from buying Bitcoin and other cryptocurrencies, two anonymous financial market sources revealed to Reuters today.

Per the report, Centrobank is concerned about potential risks to the country’s financial stability that “the rising number of crypto transactions” could present. Currently, cryptocurrencies are somewhat legal in Russia as residents can legally own and trade them—but not use crypto as means of payments.

According to one of Reuters’ sources, Centrobank is currently “in talks with market players and experts about a possible ban.” If approved, it can outlaw new purchases of crypto in Russia—but will not have a retroactive effect on digital assets bought in the past.

Another source told the outlet that Centrobank’s current position was a “complete rejection” of all cryptocurrencies.

Shooting yourself in the foot

On the other hand, a potential blanket ban would not only hinder law enforcement agencies with their crypto-related investigations but is just “completely pointless,” according to Sergey Mendeleev, СЕО of a crypto-focused financial services startup InDeFi SmartBank.

“Cryptocurrencies were specifically designed to work even under a complete ban. For example, China banned them, so what? Are the Chinese using less crypto? Of course not. It’s just that everyone will become more careful, go underground,” Mendeleev told CryptoSlate.

He added that while Russian law enforcement agencies currently have at least some ways to investigate crypto-related crimes through exchanges, they will ultimately have nowhere to go with their requests if Centrobank enforces such a ban.

“Prohibiting the ownership of cryptocurrencies generally sounds ridiculous. People still don’t understand that I could just have a rhyme in my head, and this order of words could be worth tens of millions of dollars—and no one will ever know about it,” Mendeleev added, hinting at the nature of crypto private keys.

Apart from being “completely pointless,” a potential ban on crypto also won’t change anything, he opined.

“But they will have to forget about taxes. They banned casinos—and what’s the point? Everything went online and underground, just tens of thousands of people in the midst of the crisis were left without work while the state also lost its income,” Mendeleev concluded.

Indeed, as RosBusinessConsulting reported in late November, Centrobank estimates that Russians are currently making around $5 billion worth of crypto transactions per year.

Additionally, the bank also noted that Russian users are among the most active crypto traders in the world. Namely, Russia is reportedly one of the leading countries in terms of how often its residents visit crypto exchanges.

In September, Centrobank also announced its plans to expand the list of restricted uses of crypto (such as payments) and to introduce new administrative and criminal liabilities for the corresponding violations.

Confiscation is also in the cards

Just last week, it was also revealed that the Russian Attorney General’s Office is actively working on a swathe of new amendments to criminal law that would allow law enforcement agencies to legally confiscate illicitly gained Bitcoin and other cryptocurrencies.

Even more so, similar talks have been ongoing in Russia since at least 2019, according to Nikita Soshnikov, director of regulated crypto exchange Alfacash and former head of Deloitte CIS.

“Currently, no legal frameworks for confiscation—and, most importantly, the subsequent sale of confiscated property in the form of cryptocurrencies—exist in Russia. But that didn’t stop law enforcement agencies from seizing such property,” Soshnikov told CryptoSlate.

In this light, last week’s statements made by the country’s attorney general make perfect sense. If it were to become illegal to buy crypto in Russia, law enforcement agencies would surely need some kind of a legal framework to confiscate it—but how?