Selling gas and oil for Bitcoins? This Russian lawmaker thinks so 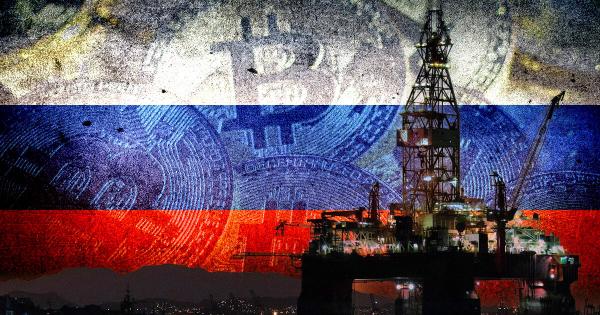 Pavel Zavalny, the head of Russia’s Committee on Energy, said earlier today that the country will enable friendly countries to pay for oil, gas, and other exports in Bitcoin.

The statement comes as Russian lawmakers look to offset the economic damage from sanctions imposed by the U.S. and the E.U. and amp up trade with “friendly” countries.

And while it might look like Russia could actually use Bitcoin to evade sanctions, there’s a high chance it’s nothing more than a government ploy to get prying eyes off the rapid de-dollarization of its exports.

Bitcoin is a scapegoat in Russia’s de-dollarization

As Russia fights to keep its trade flowing in the midst of devastating economic sanctions, its lawmakers are coming up with various methods to speed up the de-dollarization of its exports.

Pavel Zavalny, a deputy for the United Russia party in the State Duma, believes that the only way this can be done is through a strict separation of the sale of Russia’s energy resources between friendly and unfriendly countries.

According to a report from Economics Today, a Russian financial outlet, Zavalny said that Moscow will sell raw materials to “unfriendly states” for rubles and gold, forcing them either to buy the Russian national currency or share their gold reserves with the country.

Friendly states, however, will be able to buy all of Russia’s exports with the Chinese yuan, Turkish lira, Serbian dinar—and Bitcoin.

It makes no sense for Moscow to maintain trade in euros and dollars at a time when the West has blocked all Russian settlements in these currencies, Zavalny said today during a press conference on Russia Today. He compared dollars to “candy wrappers,” saying they were rendered useless in the Russian economy.

“We have long suggested that China switched to settlements in national currencies both in rubles and yuan. With Turkey, it will be liras and rubles. The set of currencies used may be different [for each country] but this is standard practice. If we have Bitcoins—we’ll trade in Bitcoins,” he explained.

The statement spread like wildfire, making headlines both in mainstream and crypto media alike. With Russia’s potential use of Bitcoin being one of the hottest topics of the past month, any mention of cryptocurrencies has the potential to swing the market.

However, Zavalny’s take on Bitcoins sounds more like a clever way to put more weight on Russia’s effort to ditch the dollar. In the country’s quest to keep its economy afloat and its exports flowing, anything is fair game—even a fully transparent digital asset that’s extremely sensitive to major market moves.

This is the message Russia is trying to convey both to the U.S. and the E.U., both of which have been amping up their efforts to introduce strict regulations on the crypto industry.

The Biden administration has signed the new executive order on cryptocurrencies, while the E.U. has been fighting its own war against Bitcoin and other PoW cryptocurrencies with the MiCA bill.

In this case, Bitcoin presents itself as an easy target. With no central government to control it and no expensive trading deals tied to it, it’s an easy fix for the West in its attempt to cripple the Russian economy. Sanctioning economies as large as China and Russia to suffocate Russian exports is not only highly unlikely but almost entirely impossible without causing mortal wounds to the West.

Trading in Bitcoin will also drastically reduce the number of “friendly” countries on Russia’s list, as there’s no evidence to suggest any of its allies hold Bitcoin in their reserves.