Ripple moves for summary judgment in SEC case, is the end finally near?

The near 16-month long case could be drawing to an end after Ripple moved to request a summary judgment. 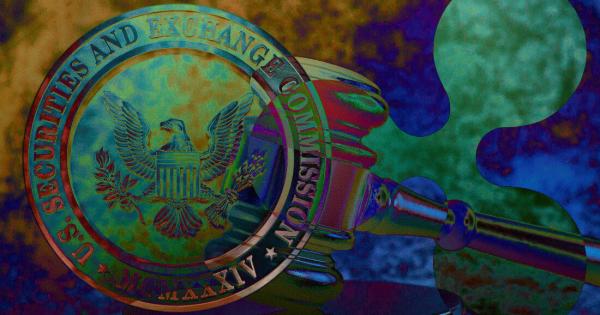 In the long-running legal dispute with the U.S securities regulator, Ripple has asked the court to deny the SEC’s motion for yet another time extension.

Today, defense lawyer James K. Filan tweeted a copy of a letter from the Ripple defense team requesting Judge Netburn refuse an extension of the March 23 discovery deadline. They say “The SEC has delayed resolution of this case long enough,” and call for summary judgment.

The SEC has nowhere to go

The SEC filed against Ripple in December 2020 over allegations it had illegally sold $1.3 billion in unregistered securities to retail investors.

In response, Ripple CEO Brad Garlinghouse called it an attack on crypto in the U.S and questioned why the agency has never, in three years of asking, given clarity on what constitutes a security. With that, he vowed to fight the case.

“We will aggressively fight – and prove our case – through this case we will get clear rules of the road for the industry here in the U.S.”

Since then, the twists and turns of the case have revealed several key points, chief of which is Ripple’s fair notice defense. In a nutshell, this argues that Ripple had assumed XRP was not a security, as they understood Bitcoin and Ether were not, and had no notice to inform them otherwise.

Last week, the SEC’s motion to strike out the fair notice defense was denied, marking a significant step forward for Ripple. Even so, it’s still too soon to conclude Ripple will walk away with a favorable outcome to the case.

Ripple is keen to conclude the case

The letter to Judge Netburn requested denial of the SEC’s motion to extend discovery time, and move the case to summary judgment.

“Nothing should further delay Ripple from moving for summary judgment and demonstrating to the Court that XRP is not a security.“

Summary judgment refers to a procedure where the court makes a judgment against one of the parties on the claim, or on a particular issue of the claim, if a claim or defense to a claim has no real prospect of success and there is no other compelling reason for a trial.

If granted, there will be no trial and the judge will enter judgment for the movant based on the evidence heard to date.

In a recent interview, LBRY CEO Jeremy Kauffman gave a behind the curtains reveal on how the SEC operates. Commenting on the lawsuit filed against LBRY, Kauffman said the agency operates like the Mafia.

“They basically said, we can make this very expensive for you if you don’t give us what we want…”

Win or lose, Ripple deserves credit for standing its ground. But with the case dragging on for approaching 16 months, it’s time to end this circus and move on, even if that means giving the SEC what it wants.

FTX, Ripple on the lookout for acquisitions to bolster growth