Ripple's lawsuit with the SEC has had its ups and downs over the past year. However, the most recent decision signals that the end of this case is near and Ripple may prevail. 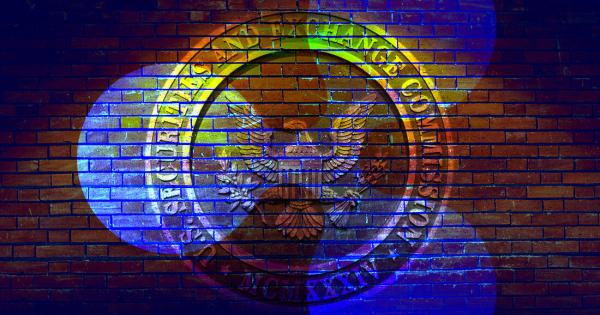 On December 22, 2020, The U.S. Securities and Exchange Commission (SEC) filed a lawsuit against Ripple and its two executives: Brad Garlinghouse and Chris Larsen.

What is the SEC after?

According to the law, all securities must be registered with the SEC before being traded. This is because assets like bonds and stocks fall under securities, while cryptocurrencies are usually digital currencies.

All assets are evaluated by the SEC based on four criteria to determine if they fall under “securities.” These criteria are:

While the first three criteria apply to cryptocurrencies, the fourth complicates things.

For example, ICO sales satisfy the fourth criteria because the project team promotes their roadmap and collects funds through ICOs to start developing. However, as a result, ICOs are considered securities and therefore illegal, since they are not registered with the SEC.

On the other hand, Bitcoin and Ethereum do not fulfill the fourth criteria as they are considered “sufficiently decentralized.”In other words, they are not considered securities since it is impossible to single out a party responsible for the prospective profits.

In the case of Ripple, the SEC argues that the expectation of profit comes from the efforts of its executives. This argument fulfills the fourth criteria, which makes XRP a security. This also means that all XRP sales between 2013 and 2020 were held illegally. Since Ripple and its two executives marketed the XRP, they became subjects to the lawsuit.

The SEC wants to acquire nearly $2 billion collected from XRP sales. They also want to prevent Ripple and its executives from selling XRP and participating in any token sales in the future.

Besides getting rid of the lawsuit and keeping their capital, Ripple’s executives aim to classify XRP as a currency or commodity so that it can be easily traded within the U.S.

One of Ripple’s arguments is centered around Ripple’s ecosystem, which includes nearly 100 actors. Ripple argued that XRP was sufficiently decentralized like Bitcoin and Ethereum because its expected profit was affected by the whole ecosystem and not just the marketing efforts of its two executives.

Ripple’s second argument pointed out that both the Financial Crimes Enforcement Network (FinCen) and the U.S. Department of Justice (DoJ) considered XRP as a virtual currency by stating:

“XRP’s functional characteristics and longstanding utility as a replacement for fiat currency require that it be categorized as a currency and not a security.”

Ripple’s third argument referred to the constitutional right of fair notice. To put it simply, Ripple argued that the SEC had plenty of time to warn Ripple about the alleged illegality of their XRP sales, but it didn’t.

What is the current situation?

The Ripple vs SEC case has been an exciting journey over the past year. While both parties present various motions, the heart of the case was set around the fair notice defense.

After Ripple’s third argument, the SEC responded by issuing a motion to strike. In other words, the SEC argued that Ripple had ample notice based on the numerous other cases the SEC has pursued against other cryptocurrency issuing companies.

Yesterday, the SEC’s motion to strike was denied by Judge Torres. His order stated:

Motion to strike a defense can only be won if the issuer can convince the judge that even if everything in the defense pleadings is true, there is still no way for them to win.

Judge Torres’ denial of the SEC’s motion to strike proves that Ripple is not likely to lose this case. Both Ripple’s executives stated their confidence that all of the SEC’s claims will be dismissed soon.