In an interview with CNBC, Ronnie Moas predicts that Bitcoin will rise by another 500% and be worth up to $400,000 within two years. 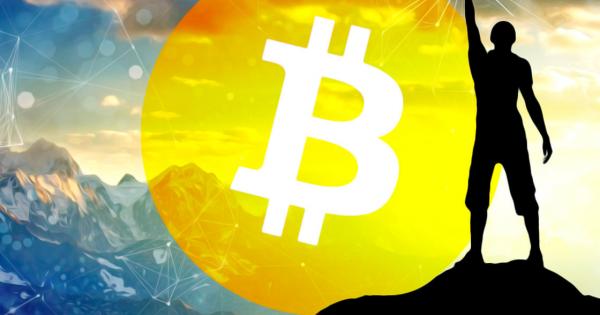 In an interview with CNBC, Ronnie Moas predicts that Bitcoin will rise by another 500% and be worth up to $400,000 within two years.

In July of this year, Moas, a cryptocurrency researcher and founder of Standpoint Research, predicted that Bitcoin would reach $5,000 when it was $2,600.

Moas’ earlier prediction in July has been already come true, with an increase of 500% in Bitcoin’s value. At press time, Bitcoin is trading at $18,800 on Coinbase.

To explain the driving forces behind Bitcoin’s meteoric rise, Moas explains that soon there will be millions of people in the world trying to get their hands on 21 million Bitcoin, which will drive up the value of the currency.

Moreover, after the CME Bitcoin futures contract opened, investor interest in the cryptocurrency market has been further boosted. More institutional demand is expected since the final contract price will be derived from multiple exchanges.

In his interview on CNBC, Moas said:

“I don’t know how much gold there is in the ground, but I know how much bitcoin there is, and in two years there will be 300 million people in the world trying to get their hands on a few million Bitcoin.”

This bullish prediction by Moas is based on the implications of the supply and demand imbalance.

Risk of a Bitcoin bubble

While many expect the value to continue surging, others disagree.

Vasu Menon, Vice President of Wealth Management at Singapore-based bank OCBC, explains that such an expectation is risky. He further elaborates his claim by saying that he doesn’t see strong driving forces that can continue the Bitcoin rally.

In addition, the French finance minister, Bruno Le Maire, has joined the group of Bitcoin pessimists, urging that Bitcoin regulation needs to be discussed at the next G20 summit.

The chairman of UBS Bank and former Bundesbank head Axel Weber also joined the list of experts wary of Bitcoin. “Bitcoin is not money,”  Weber said while urging the G20 members to regulate the digital currency at a meeting in April 2018.

Bubbles are a good thing

Mike Novogratz says that cryptocurrencies will be the biggest bubble of our lifetimes, and that is is not a bad thing. In November, Novogratz said:

“Bubbles start around ideas that are often right. I don’t think many of these are currencies, even Bitcoin. Bitcoin will win the battle for store of value.”

Novogratz’s $500 million Galaxy Digital Assets Fund will be be the biggest of its cryptocurrency hedge fund and further legitimizes of cryptocurrencies as worthwhile investments.