Bitcoin – The Birth of a New Asset Class

Bitcoin’s magic carpet ride this last year has been an exhilarating experience for many investors. 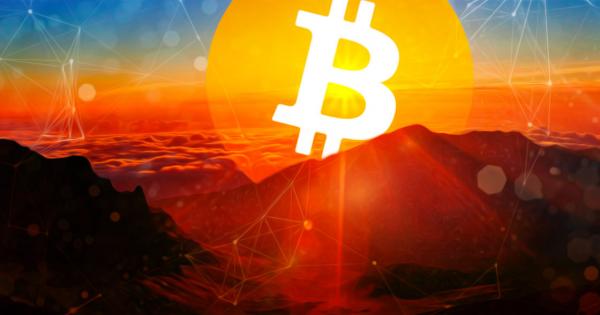 Bitcoin’s magic carpet ride this last year has been an exhilarating experience for many investors.  The nay-sayers and non-believers who either got off too soon or who never believed in magic carpets in the first place are probably cursing themselves.

It’s easy to understand the pain of the non-believers just by glancing at Bitcoin’s price history. It traded at $738 in January 2017, reached $3,000 by mid-year and soldiered on to almost $5,000 in September.

At that point, various market commentators and nay-sayers dubbed Bitcoin the biggest bubble ever. Jamie Dimon, the CEO of America’s largest bank JPMorgan Chase & Co., famously called it a “fraud,” something that “won’t end well.”

Many investors believed they were about to witness the mother of all crashes. They sold their entire Bitcoin collections on the back of the gloomy predictions, deciding to lock in profits of upwards of 500 percent for this year alone.

At first, Bitcoin rocketed past $6,000 in October. Following that, it powered ahead non-stop, passing $11,000 in November and hitting over $18,000, where it traded recently.  Bitcoin is clearly not what the prophets of doom predicted. In fact, exactly the opposite.

It might be safe to say that many – if not most – market enthusiasts and pessimists are still somewhat shell-shocked in the wake of Bitcoin’s latest performance. The question begs – whereto from here?

At the outset perhaps we should first agree on one thing: Bitcoin has come a long way from its bad rap owing to the Silk Road drugs saga and the Mt. Gox exchange failure.

Although the cryptocurrency concept has held great promise all along for the monetary needs of our digital age, Bitcoin’s early media headlines certainly did not do it any favors in the eyes of the public.

Thankfully,  the blockchain stepped in, waking investors to the true potential of Bitcoin and its crypto peers.  The blockchain was exactly the replacement traditional systems needed, which many agree have perhaps run their course.

It appears currently that the appeal of digital currencies has no limits. A case in point is the market capitalization of Bitcoin;  it took 8 years – from 2009 to early 2017 – to reach $15 billon.

During the course of this current year alone, it multiplied 13 times, and is currently valued at $253 billion.

Dawn of the Futures

In what many perceived to be a watershed moment for cryptocurrencies, Bitcoin recently received a milestone green-light from US Regulators. On 1 December, the Commodity Futures Trading Commission announced that Bitcoin futures trading can go ahead on three exchanges: the Chicago Mercantile Exchange, the CBOE Futures Exchange, and the Cantor Exchange.

It is clear that Bitcoin, the pioneer of cryptocurrencies, is in vogue and has found major traction, especially as far as mainstream and regulatory adoption is concerned. This, in turn, has led to increased talk on finance street of Bitcoin’s suitability to be included as an asset class in investment portfolios.

Futures trading begins on Sunday at 3PM Pacific time and on its eve, cryptocurrencies markets were down double digits over the proceeding 24 hours. Many naysayers felt the need to double down on their criticism with tweets such as this:

As it has happened many times before, whenever someone has tried to call the top of the cryptocurrency markets, they have been in for a rude awakening as the new asset class continues to confound its most ardent critics.

Is Bitcoin ready to be an asset class?

Judged in isolation and purely on Bitcoin’s undisputable, positive momentum as discussed above, the answer seems to be a thousand times yes. But, prudence calls for a larger perspective; a bird’s-eye-view of the complete landscape might perhaps give us a better sense of the overall picture.

Currently, the major asset classes held globally for investment purposes are: Stocks, with an estimated global value of $73 trillion; bonds worth $100 trillion; and money market instruments of $90 trillion.

The capitalization of many major US companies is approaching a trillion dollars each; Apple Inc. is at $869 billion, Alphabet (Google) at $724 billion, and Microsoft at $649 billion. Global stock exchanges have been trading as far back as 1773;  Apple, Google and Microsoft have been around for all of 41 years, 19 years and 42 years respectively.

Yes, Bitcoin is well-aligned with the fundamentals of the digital age, which bodes extremely well for its future. It will also provide a healthy foundation for the continued growth of its value, sans the volatility. Both sustainability and growth are important prerequisites for investment asset classes.

Is Bitcoin ready to be defined as an asset class in its own right? The demand would indicate so, but only time will tell.