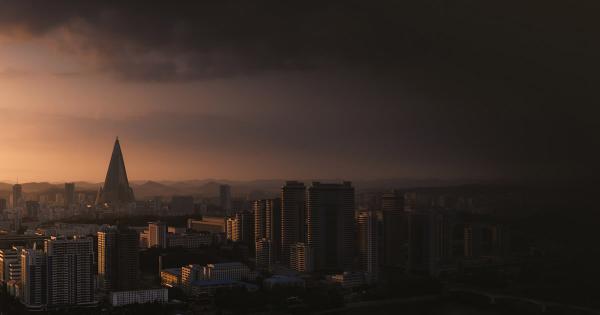 Photo by Yeo Khee on Unsplash

The pair state that international terrorists are adopting cryptocurrencies (primarily Bitcoin) and North Korean spies are not far behind in this regard. Using cryptocurrencies can help to bypass strict U.S. sanctions placed on the dictatorship—mainly to prevent the purchase of arms and nuclear weapons from other economies.

The security experts further proclaim that North Korea could theoretically create its own cryptocurrency to facilitate the process, a move that could help them open bank accounts in offshore tax havens to transfer funds around the world safely.

However, Delson and Miranda believe the state-issued cryptocurrency would be likely to feature a fraudulent, manipulated blockchain to ensure the legitimacy of transactions is portrayed to banking parties.

Explaining the system in detail, the security researchers noted Bitcoin mixing and shifting is hardly a straightforward process and requires the consideration of several circumstances, including the strategic importance of the transaction in question.

First, North Korea could transfer its native cryptocurrency to many European crypto-wallets using a mixing service several times during the transaction.

After the addresses are obscured, Bitcoin could then be purchased on European exchanges and immediately transferred into multiple mixing services to cover tracks. Concealing the trail of funds is the ultimate (and strikingly paranoid) goal of North Korean crypto-financiers.

Next, the Bitcoin could then be converted into cryptocurrencies such as Ether or Litecoin for mitigating the origin of funds. After this, the final step entails a successful integration of virtual currency into North Korea’s mainstream economy—using exchanges that provide crypto-to-fiat exchange services.

Moriuchi believes North Korea launders over $200 million in cryptocurrencies for funding its nuclear and ballistic missile programs, but the overall scale of activities remains unknown.

U.S. authorities remain aware of North Korean presence on the cryptocurrency market. Clearly, efforts and resources devoted to tracking and mitigating the activity have been instilled in this regard.