According to Alameda's Sam Trabucco, the trading desk only agreed to an OTC trade with Reef, refuting any partnership. 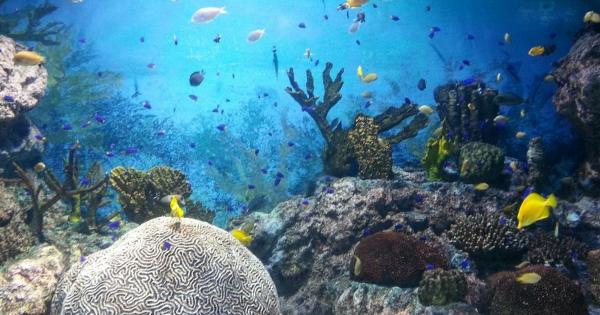 Both sides of the story

To give some context, a trader and a team member from Alameda Research, Sam Trabucco, caused controversy by stating that Alameda is not affiliated with Reef in any way, even encouraging users to avoid doing business with the DEX. The comments came shortly after Reef announced that Alameda invested $20 million in it.

1. Alameda is not affiliated with REEF.
2. Alameda does not endorse REEF.
3. We agreed to an OTC trade with REEF; they immediately went to the press to brag.
4. They then reneged on the OTC trade.
5. We obviously do not recommend anyone do business with REEF in any way.

Alameda was an investment partner of Reef Finance since September 2020. According to the letter, the company recently closed an investment deal of at least $80 million.

Brian Lee, a member of Alameda’s Venture Capitalist team secured a first purchased of $20 million in REEF tokens. During that period, according to Reef’s CEO, Alameda’s team were interested in investing an additional $60 million.

But just after Reef Finance transferred the tokens to Alameda, they discovered that Alameda was offloading the tokens to Binance, right after the purchase.

“For the first $20M tranche, we followed the movement of the sold Reef Tokens and immediately saw that the tokens we had just transferred to Alameda were being offloaded on the Binance exchange. Please see Etherscan screenshots. We could not understand why Alameda, our long-term strategic investor would offload their tokens immediately after purchase to Binance.”

According to Trabucco, Alameda only agreed on an OTC trade with Reef, refuting any partnership with Reef. But the other side tells a different story. According to the letter, Brian Lee and the Reef team coordinated the announcement, approved and edited by Alameda’s team:

“On March 12, after coordination on timing and edits with Brian Lee, VC at Alameda, we moved forward with the announcement approved and edited by Alameda’s team and the $20M investment.”

The other $60 million investment fell off due to uncertainty and doubts about Alameda being a long-term strategic investor. The main obstacle for Reef was the lack of interest in a legal contract from Alameda. According to Reef, the company started doubting when Alameda asked to move forward with the trade by relying on “trust” instead of a proper contract.

According to Mancheski, this was the reason why Alameda threatened to delist REEF from FTX and use its influence to convince other major crypto-exchanges to do as well, as an act of revenge for turning down the additional $60 million.

“After seeing that the additional tranche would not go through, Alameda began threatening to delist the Reef token from FTX and said that they would try to get Reef delisted from other top exchanges as an act of retribution if we did not give them the $60M tranche.”

Users from the Reef community shared screenshots that apparently were edited by Alameda, versus the real screenshot posted by Denko Mancheski:

Edit by Alameda vs the real screen shot posted by Denko..

Alameda was being sued in 2019,for price manipulators in Btc, then dropping price of sushi, yfi, now reef. pic.twitter.com/A7dQbDYSMD

Analyst Adam Cochran also shared his thoughts regarding the situation. According to Cochran, the main drive of Reef was publicity, hence why they announced Alameda became an investor so quickly.

15/29@AlamedaTrabucco noted that they don't have a formal relationship with Reef, which is accurate.

While these events occurred, the REEF token dropped nearly -50% in trading volumes and fell below $0.050 shortly after Alameda refuted Reef’s statements about becoming an investor.