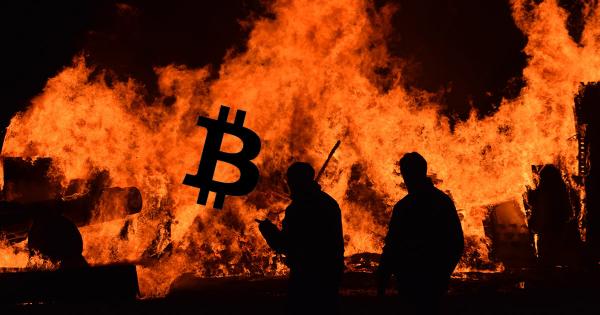 The number-one cryptocurrency by market capitalization started to tumble in tandem with the S&P on February 19 as market panic ensued on account of the novel coronavirus. With nearly 3,200 deaths and 91,000 cases of the virus having been reported across 85 countries, the pandemic appears to have triggered a flight to safety in global markets.

Bitcoin has consolidated its reputation as a risk-off asset in recent months, with many having cited the coin’s correlation with gold, in January, after the United States’ lethal drone strike on the Iranian military commander-in-chief.

At the time, analysts like Andrew Kang argued Bitcoin’s price movement during the US-Iran affair proved the market had “strengthened its belief” in BTC as a store of value and hedge against macroeconomic uncertainty.

Bitcoin has never shown much correlation to gold or other SOVs. That is, until now.

This is incredibly bullish for BTC.

Risk-on or risk-off? Maybe too early to say

But according to Strix, Bitcoin’s latest downtrend suggests that the so-called ‘digital gold’ may be no less “susceptible to market panic” than other assets during risk-off market cycles.

Gold, a prototypical risk-off asset, has expectedly been a strong performer during the coronavirus crisis with investors opting out of stocks in favor of more defensive positions. On February 24, just four days after the S&P started to slide south, gold broke out to make a seven-year high.

The Seattle-based quant fund said both Bitcoin and Ethereum were affected by the global flight to safety as they are “poor currencies” on account of their volatility (Ethereum plunged 25 percent over the course of the global sell-off). Ultimately, however, the hedge fund admitted it is simply too early to tell whether these cryptocurrencies qualify as risk-on or risk-off assets. They stated:

“Some pundits in January pointed to Bitcoin acting like a risk-off asset as evidence of its status as a safe haven store-of-value. Others point to the risk-on behavior with crypto tracking equities throughout February as proof of its status as a speculative asset. Competing behaviors signal that the market doesn’t know what Bitcoin is going to be used for at full adoption, let alone what the other thousands of crypto assets end-state will be.”

Post-virus outbreak, BTC seems to have befuddled market spectators and further inspired these “competing behaviors.” Crypto analyst and trader Alex Kruger, for example, stated he has been trading Bitcoin as a “clear risk-on asset” in recent weeks.

$BTC has been trading like a clear risk-on asset since last week. This has been surprising in some ways, unsurprising in others, and could be something valuable to keep in mind regardless. Past correlations do not matter much when in uncharted waters.

But one metric that does provide more clarity around the narrative of Bitcoin as a store of value—albeit perhaps not a safe-haven or “risk-off” store of value—is a risk-adjusted return. Even in spite of its recent downturn, BTC has retained status as a top-performing asset by Sharpe ratio, above gold, stocks, U.S. real estate, oil, bonds, and emerging currencies.

Bitcoin continues retracing; is the bull market over?