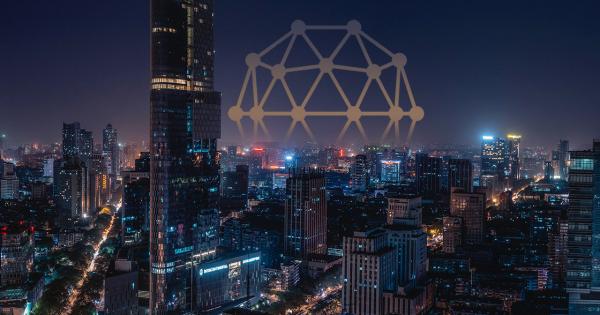 Photo by Buyi Huang on Unsplash

Qtum celebrated its first birthday with a bang, doubling down on the ambitions of its 2019 roadmap and releasing its “game-changer” 0.16 update, designed to scale the network to 50,000 transactions per second through lightning networks.

A marriage of Ethereum Virtual Machine (EVM) functionality and Bitcoin’s established UTXO security measures, the project has traditionally sold itself as a robust and trustworthy smart contract platform for businesses. Blowing out its first birthday candle, however, the Singapore-based project has outlined a host of new enhancements it believes will bring this self-imposition to fruition.

Having implemented SegWit by default, Qtum claims its new version as its “most substantial update yet” that will eventually permit 50,000 transactions per second through the use of lightning networks, and a number of tune-ups including faster synchronization of nodes and SHA256 hashing efficiency improvements.

Equally as weighty may be its ambition to launch its first public testnet for x86 smart contracts in Q2 2019 — which would see support for a host of scripting languages including C, C++, Rust, and Python, supposedly lower the barrier to entry for developers, and ultimately vindicate Qtum’s goal of opening up blockchain technology to the masses.

To Qtum, x86 may be a breakthrough imperative for blockchain’s adoption. They write:

“We consider this to be similar to those advances made in the early 2000’s which allowed the internet to become what it is today. The x86VM allows for blockchain technology to be a seamless part of our daily lives.”

As another part of its mounting push for enterprise adoption, Qtum has stated it will be unveiling the first public release of Qtum-X in Q1 2019, its “stabler, safer” and Proof-of-Authority network, which it heralds as a “more user-friendly environment for enterprise management.”

Technological developments aside, the open-source Qtum appears to have its crosshairs also fixed on the academic community.

In an effort to foster research and development, the Singapore-based project has funded initiatives at a number of institutions including the University of California-Berkley, Xidian University in China, and the University of Sheffield in the United Kingdom, the company states.

Qtum May Update: Up 25% Over the Past Month On dApp Developments

Qtum has experienced a bullish past month of growth.

Cryptocurrencies and blockchain become more applicable every day as a solution to global inefficiencies – but much progress is yet to be made in this nascent industry.

Why You Should Keep Qtum on Your Radar in 2018

When most people think of blockchain projects in China, their first thought is NEO, the “Chinese Ethereum” that was launched in 2014 as AntShares.