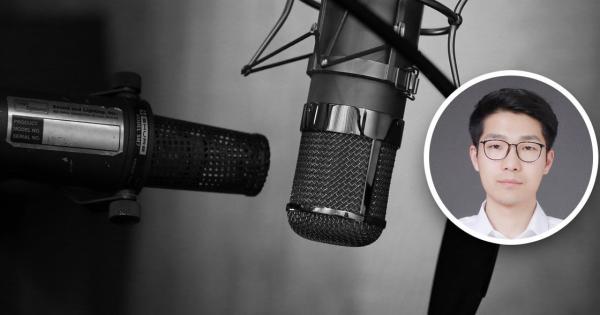 Photo by Neil Godding on Unsplash

Cryptocurrencies and blockchain become more applicable every day as a solution to global inefficiencies – but much progress is yet to be made in this nascent industry. On May 17, 2018, Stephen Xu of QTUM shared his thoughts on the future outlook of blockchain integration and his plans to take on roles outside of Lead Developer in projects post-QTUM.

As a 2014 graduate of the University of Chinese Academy of Sciences, Stephen Xu went on to work for Microsoft and Chinese internet conglomerate, Tencent, as a game developer. He specialized in “in-game currency mechanics”– an early introduction to the dynamics of digital assets.

In 2017, Stephen left Tencent and joined Patrick Dai as Lead Developer for the QTUM Foundation where he began his work on the hybrid smart-contract platform for decentralized applications development (dApp) and established himself as an early expert in blockchain integration utility.

As blockchain technology continues to evolve, so too does Stephen’s interest in its maturing potential to directly impact users.

Xu has now taken on the role of Co-Founder of DREP Foundation, a decentralized reputation ecosystem comprised of a public chain, a reputation-based protocol and the tools needed for Internet platforms to leverage its power.

With the growing competition between emerging smart contract platforms, it is evident that the process of development is far from its peak.

New blockchain operating systems seek to resolve issues with scalability and efficiency through innovative features such as sharding (or micro-chain segregation), cross-chain parallel operations, and native upgradeability. However, none have yet successfully proven a sustainable platform for dApp development.

Xu explains the current state of smart contract platforms and the issues they encounter here:

“The Bitcoin and Ethereum or other blockchain platforms currently, most of them face scalability problems. In the blockchain industry, scalability, decentralization and security – these three cannot work together. Some projects try to develop their own projects to get higher scalability but sacrifice decentralization, like DPOS. The greatest problem is in the technology itself.”

Though DPOS (delegated proof of stake) is popular for increasing TPS through a system of delegated “supernodes” rather than using several untrusted nodes to verify each transaction. This new consensus protocol is inherently more centralized than alternate mechanisms such as proof of work.

Imbalances to the platform prevent a sustainable ecosystem for dApps to exist and hence pose an obstacle for the future advancement of blockchain integration.

Xu further explains that the current state of blockchain usage is limited to the global ICO fervor and investment opportunities rather than actual applications of the technology:

“Currently, there are no real apps that can attract a lot of users to use it. Most of the users in the blockchain industry are only focused on investing… or participating in some ICO projects. I think this industry needs some real killer apps to accelerate the technology.“

Without qualms toward his previous workplace, Stephen asserted that QTUM is a project he was very proud to work on.

Leading the developer team to launch a testnet and mainnet within the first six months after ICO is one of his fondest memories that he will cherish as he moves on to other projects:

However, Stephen felt he needed to return to his roots and sought a new way to reach users more directly than through a public chain platform:

“QTUM is a public chain like Ethereum, so for public chain itself… they are developing their technology for the developers, not directly to the users. You cannot use Ethereum directly, unless you can write smart contracts…. But if you are not a coder/developer, you cannot really use it. You just transfer it like a currency… If you develop an app, the users can really use it. The users can touch it.”

What’s Next? Intro to DREP Foundation

Founded in 2017, DREP Foundation seeks to unleash the untapped value of Internet reputation and push forward a more engaging, high-quality, interconnected Internet community, benefiting both platforms and their users.

DREP seeks to achieve this through a suite of functions including identity verification, reputation exchange hub, and voting systems/mapping.

DREP is comprised of a core team of diverse developers from a range of backgrounds and plans to launch their Initial Exchange Offering (IEO) in early June of this year.

Stephen Xu will be assuming the role of Co-Founder on the DREP team and will use his experience in blockchain to guide their efforts in developing a new “infrastructure to accelerate internet platforms’ user growth and traffic monetization.”