Two of the biggest cryptocurrencies surged skyward over the weekend amidst greater retail interest and improving fundamentals. 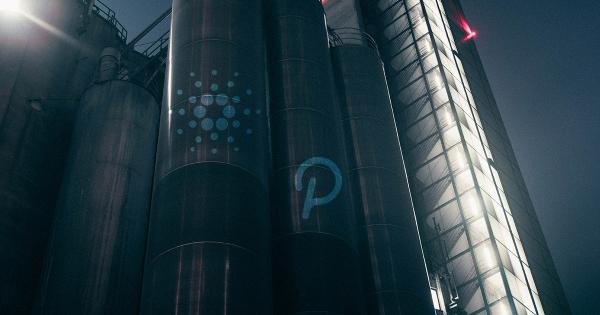 Photo by Aron Yigin on Unsplash

Two of the biggest cryptocurrencies surged skyward over the weekend amidst greater retail interest and improving fundamentals.

Cardano and Polkadot logged big gains for speculators and investors over the weekend amidst greater retail interest and improving fundamentals.

The former, a decentralized public blockchain that aims to support the deployment of smart contracts, surged over 22% as of Monday, while the latter, a robust, high-speed blockchain that supports multi-chain projects, surged 30%.

For the uninitiated, the two are part of a cohort of cryptocurrencies—called proof-of-stake—that generate new blocks through staking mechanisms. The latter is the rate of validation of transactions on the blockchain that occurs according to how many coins (of that blockchain) a person holds.

As data on CryptoSlate’s proprietary analytics on Proof-of-Stake cryptocurrencies, Polkadot (DOT) and Cardano (ADA) saw 24-hour volumes of over $2.5 billion. At press time, DOT sells for $6.60 while ADA sees bids at $0.194.

Polkadot validators currently earn 6.5% annualized percentage yields (APYs) on their stakes. Cardano holders, on the other hand, enjoy a nearly double APY of 13.2%. The yields are paid out in the respective tokens and can be sold to realize profits or compounded (for more yields) back into the validators.

But the impressive yields may not be the only reason that buyers are flocking to ADA and DOT. There are fundamental factors at play as well.

In the past month, Cardano has announced a slew of upcoming partnerships to help its broader token ecosystem. Its parent firm IOHK signed deals and integrated with crypto project Nervos and mathematics software Wolfram Alpha for better smart contract security and oracles integration for its network.

This followed advancements in token locking for the platform, in the form of the Goguen update, the launch of two devnets, and allowing developers to deploy blockchain projects without adhering to custom code.

Not too far behind was Polkadot, which, months ago, announced it was bringing a new type of token issuance via an “Initial Parachain Offering” (IPO) to help developers attract funds from within the network and deploy applications on its high-speed blockchain. Financial publication Bloomberg even called it an “Ethereum Killer” earlier this year, which may have piqued interest among its millions of monthly readers.

Meanwhile, the PoS sector is looking promising. The sector’s market cap, as per CryptoSlate’s PoS data page, is $29.48 billion at press time which represents 4.15% of the entire crypto market. It has returned 7% to investors in the past 24 hours compared to other crypto sub-sectors.

Polkadot vs. Kusama, why the two “cousin” blockchains are here to stay