How Cardano will handle native tokens on its platform

Unlike Ethereum, which treats the ERC-20 and ERC-721 standards fundamentally different from ether (ETH), Cardano has taken a much more token-friendly approach to this functionality, allowing users to be deployed on the blockchain without the need for custom code. 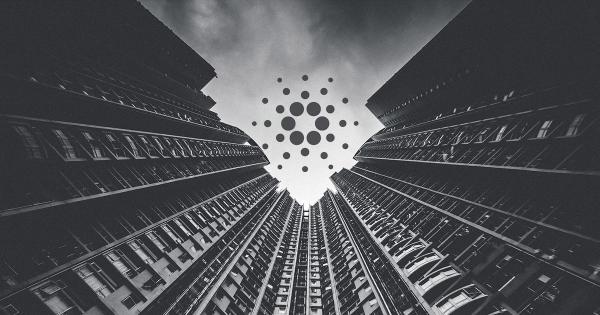 Unlike Ethereum, which treats the ERC-20 and ERC-721 standards fundamentally different from ether (ETH), Cardano has taken a much more token-friendly approach to this functionality, allowing users to be deployed on the blockchain without the need for custom code.

The quick expansion of the DeFi sector is something Cardano intends to bank on. But, instead of walking in Ethereum’s steps, the platform will be taking a rather innovative approach to tokenization, putting efficiency before everything else.

In a blog post published on the company’s website, IOHK’s marketing and communications director Tim Harrison explained how Cardano will tackle the problem of having tokens issued on its platform.

To understand why Cardano’s native token functionality will change the DeFi game, it’s important to know how Ethereum handles it. Namely, both fungible and non-fungible tokens on Ethereum require the creation and implementation of custom code because the Ethereum chain doesn’t offer native token support. This means that there’s a lot of space left for human error, as any mistake in the code for the ERC-20 and ERC-721 tokens could lead to significant losses.

Goguen, Cardano’s smart contract era, will introduce a mechanism that allows the blockchain to handle tokenization natively. Put simply, the logic behind tokens will be based on the Cardano ledger rather than smart contracts.

Native token functionality superior to the ERC-20 and ERC-721

Harrison explained that all user-defined tokens on the Ethereum chain are non-native, which means that the underlying ledger doesn’t directly support them.

“That is because tokens created with ERC-20 and ERC-721 standards are fundamentally different from Ether, the cryptocurrency native to Ethereum,” he wrote in the blog post.

Cardano’s approach to tokenization, on the other hand, enables custom assets on the blockchain to be represented without the need for smart contracts. But, most importantly, it enables those assets to behave in a very similar way to ADA, the principal currency of the Cardano blockchain. The only differences between any token issued on Cardano and ADA are that the tokens can be destroyed and that only ADA can be used to service fees, rewards, and deposits.

All of this is done through the native tokens framework, which is essentially an accounting system defined as part of the Cardano ledger that enables tokens to be transacted with. Native tokens remove the need to use custom code or costly smart contracts, effectively removing the unnecessary layer of expensive complexity and inherent inefficiency found in the Ethereum chain.

Cardano is still the most heavily developed blockchain on GitHub