Play-to-Earn is a banned term. We now use Play & Earn — says Polkastarter co-founder

Over 95% of blockchain gaming projects have issues with their token utility due to focusing on the wrong aspect of their projects. Play to Earn creates a false economy and should be replaced by Play and Earn according to Polkastarter founder 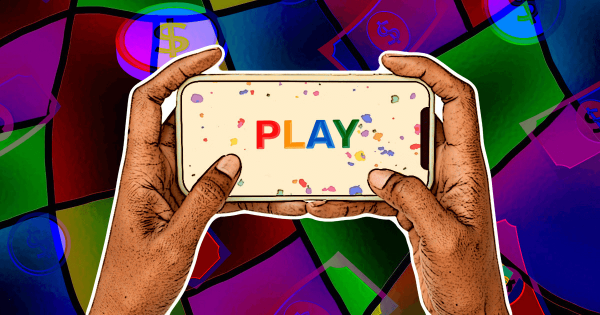 The world’s most popular crypto launchpad, Polkastarter, has banned the term “Play-to-Earn” within its companies. Instead, they want to focus on “Play & Earn” when talking about Polkastarter Gaming projects.

Polkastarter co-Founder Daniel Stockhaus told CryptoSlate that play should come first, and then the opportunity to earn can go afterward. He said:

“I don’t think it should be about earning for clicking within the game. For me, the potential is that with the things you buy inside the game to enhance your metaverse you should be able to extract them again when you leave that space.”

Stockhaus recounted how Polkastarter launched their first game in March 2021 before many were talking about blockchain gaming. He said that at that time, calls with gaming projects were four times longer than calls for other blockchain projects looking to join the launchpad.

After Axie Infinity launched, over 50% of applications to Polkastarter became blockchain gaming projects. , Stockhaus said the majority of projects were companies looking to take popular app store games and “tokenize” or “blockchainize” them, something he described as “extremely disheartening.”

Stockhaus believes that “blockchain is made for gaming” as the governance is wholly integrated into the game. He recanted how:

“95% of gaming projects suffer from their token utility… and not making enough effort to implement it properly… they put far too much away for earnings.”

This heavy focus on earning causes an outpour of tokens that diminishes the token price and makes players unhappy and uninterested when earnings are down, according to Stockhaus.

How to build a blockchain gaming projects

To get the token utility right, Stockhaus believes companies need to “build the game from the ground up” with blockchain in mind, as “implementing blockchain” in an existing game  “is quite hard.”

He said that “Play & Earn” is important because if you are not interested in earning, it should be about the quality of the game and the gaming experience.

Stockhaus argues that if a user puts a lot of time and effort into something and pays for it, they are entitled to recoup their investments when they finish the game. He said that GameFi can’t succeed without catering to players since there would be no one to play without them.

“If I know that if I buy an in-game item, I can sell it later on then it’s a completely different experience.”

On the issue of whether developers will make less money by allowing users to be compensated for their investments, Stockhaus believes there is a misconception. He said:

“If you create an excellent economy around this and each transaction gives a percentage to the developer, I think there will be a huge economy within the games for people to trade and sell these items.”

Stockhaus argues that if users know that they will be able to sell something they purchased in-game, they will join independently.

Stockhaus believes that people should play a game because they like it, not because they want to earn money. He said:

“I get really upset when I get the spiel that people think they can sell their games by giving opportunities to those poor people in the developing world, they can improve their lives. I don’t want to see a nation of gaming making a living by clicking. That’s not providing value that’s not creating a good world or good economy.”

Play to Earn gaming indeed does have some significant issues when it comes to token utility. There needs to be a utility for the token other than simply selling it for fiat if a company wants to create a game that can act as a daily income stream for its players.

We live in a world where blockchain gaming tokens cannot be used to buy groceries at the corner store. Therefore, games that promote play-to-earn must create high sell pressure on their token’s value by default.

Stockhaus said games are not adding any value to the world if gamers are simply repetitively clicking to generate revenue. He said that such concepts are merely creating work for its sake.

Play & Earn comes across as a much cleaner approach to blockchain gaming since it allows users to recoup their investment in a game that needs them to survive and grow.

Many games struggle with user retention beyond the first few months of launch. Perhaps a good Play & Earn model could go some way to mitigate this.

Suppose a user knows that any money they spend on a game can be recouped when they no longer want to play. In that case, later on, you may be more likely to invest time into the endgame content that currently is where developers are struggling.

Further, taking a percentage of each transaction is a model that can yield vast returns. It is how most prominent crypto exchanges earn their income, so why can it not work for blockchain gaming?