Launchpad projects under pressure to choose money over project fundamentals

Polkastarter co-founder, Daniel Stockhaus, laments that launchpad projects that do too well at IDO make him nervous 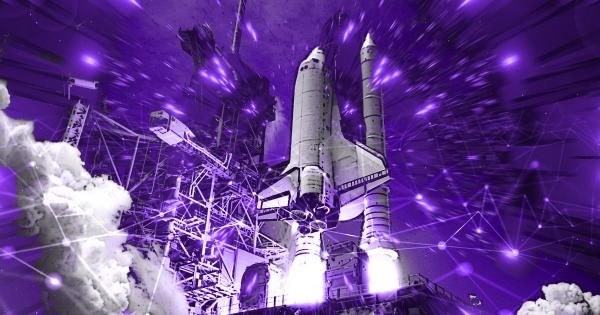 Speaking with Polkastarter co-founder Daniel Stockhaus during Paris Blockchain Week, he revealed that many launchpad projects are under tremendous pressure from business development specialists acting on behalf of blockchain projects. Polkastarter is the number one fundraising platform in the blockchain space, with some projects reaching 270x on initial investments. However, Stockhaus claims that this is not the goal of Polkastarter, and he prefers to see much smaller returns during an initial IDO.

This statement may seem counterintuitive, but in speaking to Stockhaus, you can see how passionate he is about the projects he works with. This is much more than a simple launchpad looking to scream about the insane gains it can offer uneducated investors. Instead, Polkastarter focuses on projects with solid fundamentals and educating their community to ensure they are well informed before investing in the next potential crypto unicorn. A simple glance at crypto Twitter reveals thousands of crypto projects all vying for your attention. As Helen Hai from Binance said recently, a responsible launchpad does not want its investors to buy into something worth nothing in a few years. This only leads to disenfranchised users who will fall out of love with the crypto space and have lost their money by trusting a platform that was only interesting in one thing; money.

Interestingly, there was a severe lack of talk of profits or ROI during Paris Blockchain Week. The projects we spoke to focused on adding value to their users, creating a safe place for their team to work, education within the blockchain space, and safer adoption of new technologies. Stockhaus, who deals with projects that have the potential to return live changing ROIs, is no different. He stated that one of the biggest problems within the blockchain space is the number of chains vying for the attention of the next promising project. At the NFL draft, teams attempt to convince the best talent to join their franchise regardless of whether they may be a better fit for another team.  Stockhaus described onboarding a new launchpad project similarly as “new organizations are struggling to decide where to launch their projects.” He expands on this by saying,

“if an investor wants a specific chain then one VC brings in another 10 VCs. It’s hard to say noif you really need the money then you go with the one offering the most.”

What seems to give Polksstarter the edge and the reason they have been so popular in the launchpad space is that they are almost platform agnostic. Although they are based on the Polkadot ecosystem, they were forced to launch before Polkadot was fully ready due to delays in the Polkadot launch. As a result, many of their initial projects launched on the Ethereum blockchain, and they now support around six different chains within their ecosystem. The interoperability of Polkadot means that this strategy is sustainable and gives unseen advantages for projects within the Polkastarter community. Stockhaus explains that,

“Polkastarter helps projects decide which chain is right for them as we know the projects decisions, what they did previously, how they feel about those decisions and have good connections with networks themselves. As we know the networks so well we often know some of the issues that may affect new projects, which we cannot say directly, but can steer them towards a better fit.”

Polkastarter also focuses on education by using its information hub to help projects based on their needs. They do not launch the projects and then move on to the next; they support them through monthly, or even weekly, meetings to see how their connections can help the projects grow. Stockhaus says that when they look for new projects,

“we do not look for projects that we know the token price will do very well. We want team that is very sincere and focused on what they do and not just in it to make money.”

He even went on to say that he prefers it when a project only does two or 3x on launch as this means that the wider community also has a chance to make a profit as the IDO goes live. However, he lamented that when a project does too well straight away, that can only lead to disappointment for the wider community who ape in after a 200x only to see the price settle at a commendable 20 – 40x. This leaves many members outside the Polkastarter community disenfranchised and thus less likely to invest in future IDOs.

Stockhaus admitted that “anyone can look like a genius in a bull market. I’ve always said judge us after two years.” Well, Polkastarter is now 17 months into their adventure, and they have launched some highly successful projects such as Superfarm and Ethernity. We still have seven months left before he will allow us to judge their success, but with their launch of Polkastarter Gaming, it seems like they are certainly moving in the right direction.

Barriers to mass adoption: How can the crypto industry attract retail investors?