Shapeshift CEO Erik Voorhees: Bitcoin has an 80% chance it will hit $50k within a year

In a recent AMA session during the first-ever BlockDown remote crypto conference, Erik Voorhees, CEO of ShapeShift, gave his prediction about what the future holds for the flagship cryptocurrency. 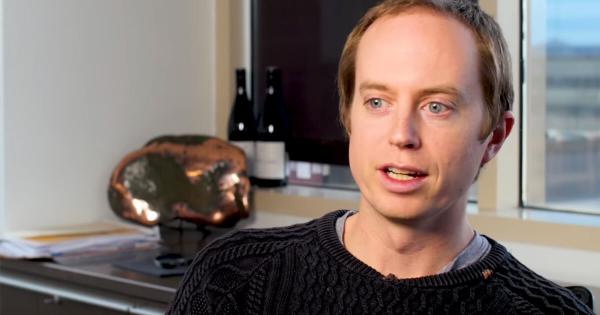 In a recent AMA session during the first-ever BlockDown remote crypto conference, Erik Voorhees, CEO of ShapeShift, gave his prediction about what the future holds for the flagship cryptocurrency. The early tech evangelist affirmed that the upcoming block rewards reduction event could be the catalyst that pushes Bitcoin to new all-time highs.

Although it is always impossible to forecast the price of BTC, Voorhees said that the pioneer cryptocurrency seems to have way more room to go up.

“Twelve months from now I think there is an 80 percent chance that Bitcoin will be over $50,000.”

Voorhees was quick to follow up that while his prediction would be great, he could “totally be wrong and it’s always a fool’s errand to try to predict these things.” In fact, Voorhees further stated:

“What people should do more of is going back and finding those price predictions from people in the past and seeing how often they’re right, cause they will very rarely be right.”

Given the current state of commotion around the global financial markets, such an optimistic outlook seems out of Bitcoin’s reach. As the unemployment rate skyrockets, oil prices plummet, and investors escape to safety, the economic turmoil may deepen increasing the odds for a recession that could spill over into the cryptocurrency industry.

Nevertheless, the uncertainty in the markets does not appear to be bothering Voorhees and other renowned figures in the crypto sphere who are bullish on Bitcoin.

Indeed, BitMEX honcho Arthur Hayes affirmed that the bellwether cryptocurrency is poised to burst back into a full-blown bull market later this year. The former institutional trader maintains that as a direct consequence of the monetary and fiscal solutions that governments around the world are trying to implement, BTC will climb back up to the $20,000 all-time high within the present year.

“Everyone knows the shift is upon us, that is why central bankers and politicians will throw all of their tools at this problem. And I will reiterate, that is inflationary because more fiat money will chase a flat to declining supply of real goods and labour. There are only two things to own during the transition to whatever the new system is and that is gold and Bitcoin.”

Along the same lines, Tone Vays, a former Wall Street trader and VP at JP Morgan Chase, has repeatedly suggested that an economic crisis could help showcase Bitcoin’s safe haven features to the entire planet. The technical analyst believes that this uncertain environment is what makes BTC so resilient.

While “extreme fear” continues to reign the markets, Vays affirmed to be more bullish than ever suggesting that it is time to take advantage of the sizable opportunities at hand.

BlockDown 2020, the no.1 premier virtual Blockchain conference was established in response to the COVID-19 (coronavirus) outbreak, which resulted in an international travel lockdown and mass cancellations of blockchain events and summits throughout the world. Learn More