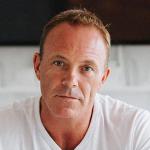 Adam Todd Verified - Adam Todd has verified that all information present on this page is factually accurate.

Mastering the short-term scalping trading style, Adam became an aggressive high-frequency trader, entering and exiting positions quickly and trading off the smallest fluctuations in price. As a scalper, he lent liquidity to the markets because of his active trading, however, he frequently suffered from hefty commission fees.

These fees would often turn his winning days into losing ones and were “the bane of his life” as a trader. He dreamed of a trading ecosystem in which the fees were removed entirely. After four years in the fast-paced frenetic trading pits, Adam took a sabbatical to travel the world and worked trading bets on peer-to-peer betting exchange Betfair.

Instead of buying and selling futures contracts, Adam bought and sold bets that people laid on horses. Just like German government bonds he once traded, he had no knowledge or interest in the horses; he merely learned to trade on momentum, buying and selling bets for small profits, strengthening his skills as a scalper.

While trading on Betfair, Adam created a trading ladder, borrowed from the futures industry, that would allow him and other traders to place bets with a single click, rather than having to use the clunky web interface. Adam’s trading ladder became so popular that he was able to switch from being a full-time trader to running a software app.

When he discovered Ethereum and the ability to create his own token, Adam realized that he could create a platform and offer zero-fee trading to the world. He could also allow for rapid-fire trading with a similar ladder to the one he created for Betfair. Traders see the bids and offers moving up and down and can stay in the zone without any extra keyboard or mouse movements.

Thus, Digitex Futures was born. With an ICO in 2018 and ongoing development since then, Adam is continuously learning. It isn’t easy being a pioneer in an emerging industry, building a product with no precedent. Yet, he’s continued on the journey, fueled by his dream of zero-fee trading.

With the testnet about to launch on November 30, soon the ex-pit trader who never gave up will finally see the fruits of his labor. Adam is getting ready to shake up the crypto futures ecosystem by removing the fees–and he’s loving every single minute.

After a turbulent year, Digitex Futures unveils plan to become a DAO