Some fear the digital dollar would mean curtains for cryptocurrency, but is it as cut and dry as that? 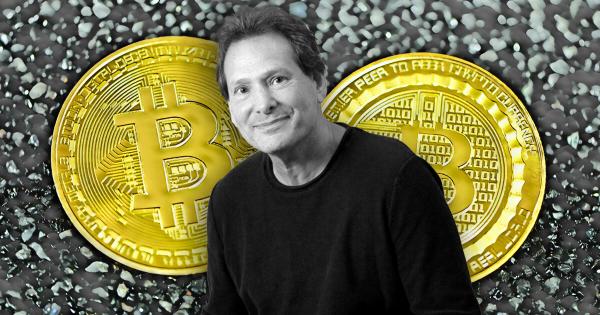 In an interview over the weekend, PayPal CEO, Dan Schulman, described how his firm could provide an intermediary service distributing a potential U.S. central bank digital currency (CBDC), should the Federal Reserve Board decide to follow through.

PayPal integrated cryptocurrency payments in Q4 2020, much to the cheer of the crypto community. Since then, the firm has disclosed record sales above expectation.

This is widely seen as bullish for crypto, in that a significant mainstream company has given its nod of approval while also making it easier for newcomers to buy cryptocurrency.

More recently, when asked about the difference between cryptocurrency and a CBDC, Schulman explained that both rely on distributed ledger technology. But a digital dollar has the backing of the U.S. government.

He added that if a digital dollar came into existence, the Fed could allow companies, such as PayPal, to act as a middleman. This he sees as a cheap and frictionless way for the government to distribute money to citizens.

“that might allow the government to open up Fed funding to other institutions besides banks, potentially companies like PayPal, where you could fund straight from the Fed right into a digital wallet. You wouldn’t have to send out stimulus checks in the mail—just go directly into their digital wallet through a digital currency, instantaneous access, no cost and friction.”

But reports suggest that the digital dollar is far from being a done deal.

Fed Chair Jerome Powell has previously said they are still performing technical experiments on the feasibility of a digital dollar. He remained non-committal as far as confirming whether it will ever see the light of day.

“There are many subtle and difficult policy choices and design choices that you have to make. We’re doing all that work.”

Many in the cryptocurrency community fear that a CBDC would spell the end for Bitcoin and the rest.

U.S. investor Jim Rogers recently said central banks would seek to retain monopoly control by banning cryptocurrencies in favor of CBDCs. He said Bitcoin is already on thin ice due to its rising market cap.

Nonetheless, Powell has addressed these concerns by saying he believes cryptocurrency and CBDCs can coexist and work alongside each other.