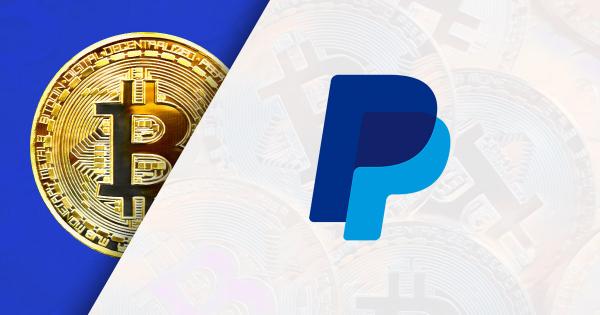 Image by Eivind Pedersen from Pixabay

The American fintech player’s crypto business launched in November last year after demand for the crypto sector heated up among the traditional finance circles. It even said at the time that in early 2021 (i.e. now), the company would further plan to let customers use crypto to pay for items from its network of 26 million retailers.

For now, its exchange business is booming. Data from itBit—the Paxos-owned firm which processes PayPal’s trades—showed over $242 million in trading volume yesterday. The volume was a new high for the exchange, whose previous high was a $128 million volume on January 6.

The figures came as Bitcoin plummeted over 22% on Monday in a panic drop. The rest of the crypto market took a similar hit as well, with several coins dropping by similar percentages.

Meanwhile, it is unknown if the figures related to crypto purchases or sales, as itBit did not make that data available. PayPal made no comment with regard to the volumes, but it showed that the firm’s crypto business is one that attracted huge demand.

Yesterday’s drop in the crypto market registered some of the biggest liquidations to date, with nearly $3 billion going up in smokes, data from tracking app Bybt showed.

Of that $2.5 billion in “long” positions got the liquidation hammer, with $988 million getting liquidated on Binance. $406 million in “short” positions suffered as well, likely as a result of the choppy price action that followed.

Liquidations are a security feature put in place by exchanges to prevent their losses from reaching big levels. They are predetermined price levels that are developed to protect both traders and dealers from incurring significant losses beyond a specified point.

These, however, do not apply to spot positions. Instead, “margin” or “futures” traders, who borrow capital to buffer up their gains (taking on more risk, in turn) bear the brunt of such a process.

And the $3 billion in liquidations show—it can be an expensive affair indeed.