Op-ed: Bitcoin has lost its altruism

The asset was heralded as a global, assessible currency during its initial years. But things have since changed. 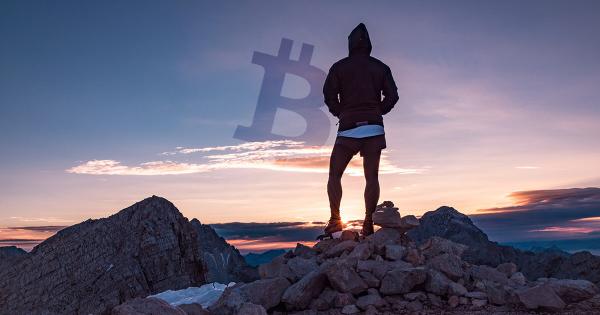 My first real relationship with Bitcoin started when I was living in a Costa Rican indigenous village. I had found a postcard advertising Bitcoin.

At that moment, I had my first epiphany about this nascent technology. Blockchain represented a novel and valuable architecture that provided mankind with, at minimum, real monetary choice in this world in the form of non-governmental money—that is, voluntary money.

Now, I am not a technical person. I don’t know cryptography. But I know that, in addition to choice, Bitcoin brings decentralization, deflation, and even altruism to money. And as an entrepreneur—and a conscious individual moving through time—these factors sold me on Bitcoin, which I believe offers solutions that benefit my entire community, instead of a few elites.

When I first became interested in Bitcoin, I had a distaste for finance and capitalism. I correlated Wall Street with greed. As Bitcoin matured and became a globally recognized asset in the portfolios of some of the biggest asset management companies out there, it lost some of that original altruism and thus its allure to me.

That transition has been a little disheartening. As mass adoptions take place, Bitcoin becomes less flexible. This is not uncommon in technology.

Take Twitter for example. In its early days, it offered freedom of speech. Now, they are a publisher with exorbitant privileges! Meaning, the bigger a technology gets, the less freedom it seemingly offers.

Bitcoin, however, is like a tractor. It has got one gear and does exactly what it is supposed to do: Not much can get in its way.

It has a simple, yet extremely valuable job: to provide us stability and security in a digital monetary asset. We don’t need to trust one another for it to do that. We’re trusting the code and algorithms, instead of the banking system or payments apps, such as Swift or PayPal, Venmo, and the like.

Bitcoin’s bullish trend, and all of these billionaire investors pouring in, is hardly the most exciting aspect of the space. Instead, the altruism, and the idea of helping the underbanked, is what excites me.

That sentiment, however, has now shifted away from Bitcoin into the DeFi sector or Ethereum.

Perhaps listen to Ethereum founder Vitalik Buterin talk about the tragedies of the commons, including how we can solve problems like this with quadratic funding.  Such altruistic solutions have again sold me on the promise of crypto and the bright future of a more interconnected society.

Altruism imbues Ethereum, too, where much of the innovation is now happening to solve intricate financial problems. We celebrate Grayscale buying 50,000 more Bitcoins, but it in no way helps the average person.

What do we need to do

We need to think about what this technology does not for institutions on Wall Street and in Silicon Valley, but for the person in rural Rwanda, who might have genius, intellectual capital that we want to help unlock.

We need to change. We need to become more interested in the story of our community than about a billionaire’s ability to acquire more of an asset.

Furthermore, Who cares if the price goes up? We should be more focused on the community-building aspect of this stuff. Let’s ditch the tribalism, and move forward together.

This is how the original cypherpunk days of the internet started. Making money is a shallow focus for a movement. People get caught up and focused on the dollar signs. But, the concept, the delivery, and the product provide the most valuable aspect. What we are building could supersede time and people.

The foundations of a good business can outlast its creator. If you’ve ever read the book  Snow Crash, you are familiar with the thesis that technology and the human species seem to be in a symbiotic relationship, and not always for the better.

We need to ensure cryptocurrency is for the better. We do that by working together to write smart contracts, not dumb contracts.

When I entered the space, it was never about making enormous amounts of money. That was indeed always a fantastic side effect. Ask any good entrepreneur, they’ll say money is a fantastic symptom of doing business, but it’s not the goal.

The goal here with crypto is to create products and services that help the underbanked and underserved.  Let’s keep it that way.

Arcane Bear is a digital native at heart. He founded Arcane Bear around the idea of "adventure" capital and conscious capitalism- their mission is to communicate value to the masses. He bought his first Bitcoin at $90 for the ease of utility to move funds around the globe and with such a large gap in general financial education, he formulated a way to make it exciting, entertaining, while remaining calm and collected. His youtube channel has over 29k followers and manages a private educational newsletter and mastermind with over 500 private members. He believes that blockchain and crypto has the capability of lifting up the world's underbanked and underserved and continues to show up to support that mission and vision coming to life.

Bitcoin is Anti-Fragile, Skin in the Game