After disappearing off the face of the Internet, Jörg Molt—the latest individual to have claimed to have been involved in the creation of Bitcoin—is back on Twitter. And he’s back with a vengeance, calling out his critics in a tweet that wasn’t received all too well.

What’s up with Jörg Molt?

Last week, the title of Satoshi Nakamoto came under contention again. At a blockchain event in Las Vegas, cryptocurrency commentator Ken Bosak accosted Jörg Molt, an entrepreneur that had claimed to own 250,000 coins and to have co-founded Bitcoin. In a spectacular fashion, Bosak confronted Molt, asserting that he is a “scammer” in the networking halls of the event.

Molt was quick to field some backlash. Prominent Bitcoin educator and technologist Andreas Antonopoulos, for instance, wrote on Twitter:

“I have heard from others that he claims to be the founder of Bitcoin and has thousands of BTC. A LIE.”

Antonopoulos’ quip was just a microcosm of what the internet had to offer Molt, however, with hundreds from all over the industry trying to actively discredit the individual, whose Twitter biography used to read “co-founder of BitCoin.”

So, Molt decided to take a few days off, deactivating his Twitter account in a seeming bid to get away from it all. But, as mentioned earlier, he has since come back. In his first tweet since deactivating his account, Molt wrote:

“I never claimed to be Satoshi Nakamoto maybe people are too stoned or simple blind [sic] — help them please.”

The replies to that tweet weren’t all too friendly, with many asserting that unless Molt proves he has access to addresses associated with Bitcoin’s earliest adopters, they would be hard-pressed to believe him.

But still, Molt seems to be sticking to his claim, having shared the link of an hour-long YouTube video published on Nov. 5, in which he participated in an interview for the “Wild West Crypto Show” to clear up the air about his claim to be a co-founder of Bitcoin.

The interviewers asserted that they saw proof of Molt’s “well over 250,000 BTC,” and even went as far as to show video of Molt showing a Blockchain.com wallet address with “$3,064,650,240” worth of BTC in it. But Molt added that it doesn’t matter if someone owns one coin or 250,000; it’s the commitment to the cause that counts—whatever that means anyway.

Despite this interview and his assertion that his critics are “stoned,” many remain skeptical of Molt, with Antonopoulos going as far as to double down on his distaste for this latest individual to have claimed to be a Bitcoin co-founder. Antonopoulos tweeted:

“Some time after this message below, @joerg_molt made his account private, to prevent people from reading/replying his tweets. I’m guessing he will make it public and resume his lies once the attention on him goes away. Make sure it doesn’t!” 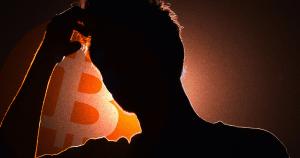 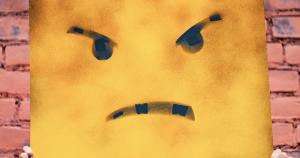