As many as 70 percent of Dogecoin holders are currently in profit despite the fact that the coin is a long mile off its all-time high of $0.70. The data continues that 26 percent of the holders are in a loss while 6% are breaking even. 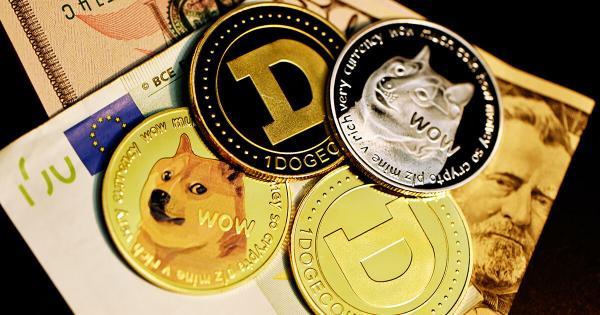 Popular meme coin Dogecoin has enjoyed a great year and many of its holders have profited from its spirited runs throughout the year, this is according to on-chain data of IntoTheBlock.

Per IntoTheBlock data, as many as 70 percent of Dogecoin holders are currently in profit despite the fact that the coin is a long mile off its all-time high of $0.70. The data continues that 26 percent of the holders are in a loss while 6% are breaking even.

You’ll recall that Dogecoin gained massive attention earlier in the year when its value touched $0.70, as it became the most popularly searched crypto-asset during the period. The price surge was attributed majorly to the WallStreetBets subreddit and the interest of celebrities and, particularly, Tesla’s founder, Elon Musk.

Since then, the electric car founder has repeatedly tweeted several pro-Doge tweets which have led to many pumps of the meme coin. At one point, he said Doge could be the currency spent on Mars while also revealing his preference for the coin over some of its more illustrious counterparts.

Institutional interest in Dogecoin is rising

Institutional interest in Dogecoin has soared as many businesses now accept the digital asset as a payment method for their services, goods, or merchandise. One good example is the leading U.S. movie theater chain AMC who earlier said that it is now accepting the popular meme coin for its digital gift cards.

Aside from AMC, data from Cryptwerk has shown that over 1700 businesses including BitPlaza have adopted the digital asset as a preferred payment option.

The growth of Dogecoin has also led to the birth of many imitators in the market who have witnessed their own pumps and dumps. Some of these imitators include Baby Doge, Daddy Doge, Mommy Doge, Shiba Inu, and more recently Floki Inu.

A recent Wall Street Journal report revealed that there has been a silent war on who owns the trademark for Dogecoin among these imitators.

As of press time, Dogecoin was trading for $0.24 with a market cap of over $30 billion.