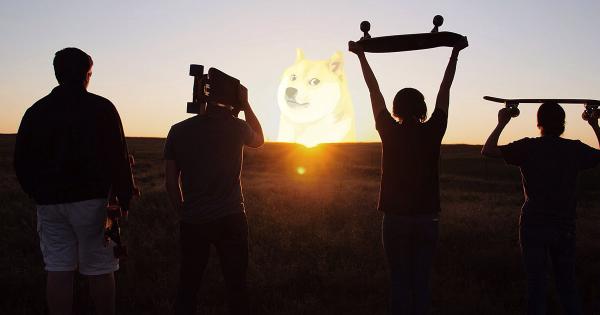 Meme narratives have spruced up the crypto space massively in the past few months driven by the likes of Dogecoin (and celebs like Elon Musk continuously shilling such coins). The ‘meme’ sector, as CryptoSlate data shows, commands over 3.43% of the entire crypto market cap and is worth over $70 billion at press time.

The study asked 872 people about their investment strategies to explore how different generations were investing across financial markets.

Overall, a quarter of respondents admitted to investing frequently and said that it was a relatively popular activity among them, as only 12% said they rarely did it. On a generational level, Gen Zers couldn’t get enough of the practice, with over 28% said they were constantly investing.

A staggering 55% of Gen Zers, as per the survey, said they were investing majorly in the stock market against the 46% who said they paid long-term crypto bets. 23%, interestingly, said they actively invested in ‘memes’ (think Dogecoin, Shiba Inu, and others).

16% of Gen Xers said they dabbled in memecoins as well, while a small (and probably adventurous) 7% of baby boomers stated they invested in memes.

Only 9% of the surveyed participants said they made investments in digital ‘collectibles,’ or non-fungible tokens (NFTs), with other generations—7% for millennials, 2% for Gen Xers, and 3% for Baby Boomers—investing even less.

The low interest in NFTs is in line with the overall decline of the sector. Recent sales data shows NFT prices are falling across the board and there are fewer overall takers for the new-age tech—suggesting 2020’s NFT frenzy could, for the most part, have been a fad.

Meanwhile, the leading reason for Gen Z and millennials to invest was mainly to save for the future (48%) and to make a modest amount of money (49%). A small section, however, did it to “play the game” (28%) and to “fight back against institutional investors (22%), with some even stating it was their way of gambling (14%).