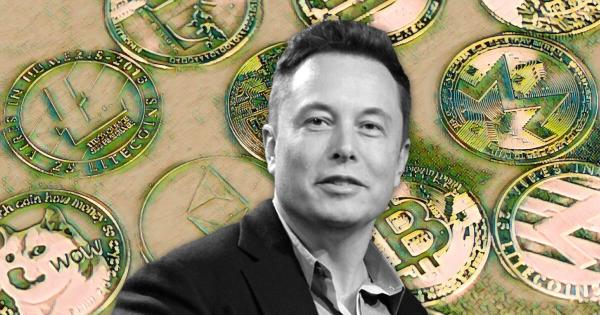 Online casino portal GamblersPick talked to 1,000 US investors about the amount of crypto they own, how they have financed their portfolios and what they choose to forgo in order to maintain their investment.

Based on survey results, investment calls were made mostly after consulting Reddit, since over a third of crypto holders reported getting their information there, while 35% admitted that Elon Musk has influenced their crypto-related decisions.

According to the survey results, Americans on average hold $1,707 worth of cryptocurrency, while gender and age significantly affect how much is invested and under which circumstances.

The survey revealed that 37% of crypto investors wouldn’t touch their holdings even if a necessary bill or critical payment came up, while 51% are less likely to cash out in order to pay for a recreational or luxury purchase.

In order to invest in crypto, more than 11% stopped saving for an emergency or had skipped out on a purchase that would have significantly improved their life.

Some generational differences among investors surfaced from the results, with Baby boomers holding $1,954 worth of crypto on average, followed by Generation X and Millennials, while Gen Z holders fall behind with $1,201.

The investment gender gap also reflects in future aspirations when it comes to crypto since in the upcoming year men plan to invest an additional $1,988 on average, $878 more than women.

According to the survey, the respondents plan to hold their crypto for five years on average as 24% have experienced strong recent returns and 21% have reported that they see it as a way to hedge against inflation.

Taking on debt and threshold for selling

The survey further revealed how particular age groups opted for different trade-offs, in order to hold on to their crypto investment.

In order to preserve their existing crypto investment, Baby Boomers surfaced as unlikely to take on debt for crypto, while Millennials were reportedly the most likely to skip saving for their retirement, and nearly one out of six already skipped on credit card payments in order to increase their holdings.

According to the results, gender also plays a significant role in managing crypto portfolios, since 14% of women against 9% of men surfaced as willing to skip bill payments in favor of growing their crypto riches.

Investing in crypto unraveled as a possible reason for some Americans having credit card debt, since nearly one out of four respondents had purchased crypto with a credit card and 21% reported planning on accumulating consumer debt in the future, in order to increase their investment.

Baby boomers surfaced as the generation having the highest threshold for selling, reporting that a 65% price increase in Bitcoin (BTC) could cause them to sell, compared to Millennials who would cash out if it rose 58%.

Elon Musk flips positive on Bitcoin (BTC), but the damage is already done

The Tesla boss says he might re-instate Bitcoin payments. However, the community no longer cares.