2019 will go down as the year when the world went digital currency crazy. 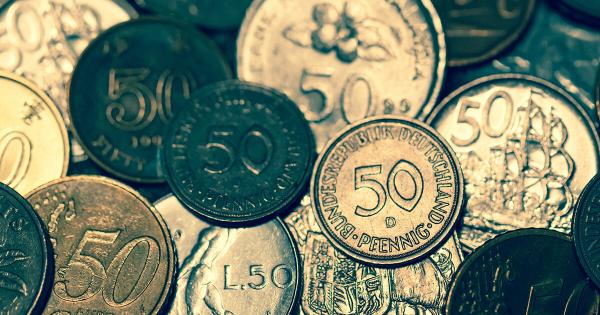 2019 will go down as the year when the world went digital currency crazy. Not crypto crazy (that was 2017), but crazy for issuing national and corporate digital coins. Facebook. China. Canada. Thailand. The list of countries and companies experimenting with digital currencies is long and incongruous.

On the surface, entities such as Facebook and the Chinese government could scarcely be more removed from one another, and yet both are doggedly pursuing digital currencies that are, to all intents and purposes, virtually indistinguishable.

Some countries are openly pursuing central bank digital currencies (CBDCs), while others are exploring the possibility. Other nations known to be investigating the matter are Uruguay, Sweden, and India, which has tabled the notion of a digital rupee in its draft bill on cryptocurrencies.

While the nations that have disclosed they are working on digital currencies have caught the headlines, what’s more telling is the ones that have remained silent. Experts believe many more nation-states are secretly developing their own digital currencies, stablecoins, and CBDCs, threatening an impending currency war that could usurp the US dollar’s hegemony. Regardless of how that narrative plays out, this much is clear: national digital currencies are not suited to serving as a universal global currency. Nor are they capable of fixing the shortcomings of privately issued stablecoins.

Why so many coins?

Given that major fiat currencies such as the US dollar, Chinese yuan, and British pound have worked reasonably faithfully for decades, why has the world suddenly gone multicoin mad? One reason is a sort of international FOMO, in which countries fearful of missing out clamor to keep up with the Chinas and Singapores of the world.

No one knows yet if digital currencies will take off. But no one wants to risk being left behind.

But there’s also another reason why global leaders seem unable to settle upon a single, universal digital currency – protectionism. The internet might be borderless, but the real world is still punctuated by physical borders, where one set of laws ends and another begins. Getting multilateral cooperation on the issuance, regulation, monitoring, and enforcement of a global currency is still a stretch too far.

The Chinese don’t want to use Facebook’s Libra coin (and nor do the US for that matter). US companies don’t want to use China’s sovereign digital currency. And no one outside the Bahamas wants to use the country’s forthcoming CBDC. The same geopolitical events and sanctions that prevent Iranian businesses from using the SWIFT monetary system or American businesses from trading with Venezuelans apply to digital currencies. In fact, Venezuela’s desire to circumvent US sanctions was one of its primary reasons for creating its own oil-backed digital currency, the Petro.

Central bank digital currencies are digital representations of fiat currency. As such, there is little by way of innovation to observe: even where countries elect to place their CBDC on a blockchain, it remains locked in a permissioned financial system. The blockchain can provide transparency but it cannot provide censorship-resistance: the central banks who issue the coins retain full control over the ledger, including the ability to freeze or reverse transactions.

“Digital currencies” describes a broader basket of crypto assets that includes traditional cryptocurrencies and stablecoins. These complement existing fiat currencies rather than serving as a proxy for them, and are theoretically permissionless to use. That does not mean that digital currencies provide a high degree of privacy and trustlessness, however – far from it. Those being issued by countries and tech companies alike will be strictly metered at their on- and off-ramps, ensuring that only verified users can access them.

The kickback against state-issued digital currencies

Frustrated by the limitations of CBDCs and stablecoins that are beholden to the country where their issuer is domiciled, some projects have sought to create global digital currencies that are unfettered by such concerns. In a bid to conceive a digital currency that cannot be devalued through global currency wars that buffet the value of the underlying fiat assets, some projects have devised novel stability mechanisms. These include MakerDAO, whose SAI and DAI stablecoins operate as dollar-pegged assets collateralized using ETH and ERC20 tokens.

These collateralized stablecoins have now been complemented by Saga (SGA), a new stablecoin issued by Saga Monetary Technologies. Designed as a global digital currency, SCA utilizes a monetary model in which the total supply is set to gradually diminish, as it moves away from the basket of international currencies it will initially be backed by. The goal is to end up with a stable digital asset with low volatility, providing an alternative to fiat-backed or pegged stablecoins.

Saga has some serious clout behind it, having raised $30 million from VCs such as Lightspeed, Mangrove Capital Partners, and Vertex Ventures. It also has enough USPs to distinguish it from the glut of other stablecoins on the market, most of which are fiat-backed, and thus subject to the same pitfalls as the currency they are married to. Through transitioning away from the basket of national currencies that SGA will be backed by at launch, Saga hopes to arrive at a global currency that is indifferent to geopolitical concerns and fiat currency fluctuations, and which can hold its own as an independent store of value.

At present, fiat currency movements are hurting consumers and businesses, who lose out through SWIFT and BACS fees, and the diminished purchasing power of their national currency, as events ranging from Brexit to US trade wars, affect imports and exports. The first project to create a stable global currency that is immune to political and economic turmoil is likely to be widely adopted. CBDCs and national digital currencies aren’t the answer, but that won’t stop nation-states from doggedly persevering with them in the years to come.