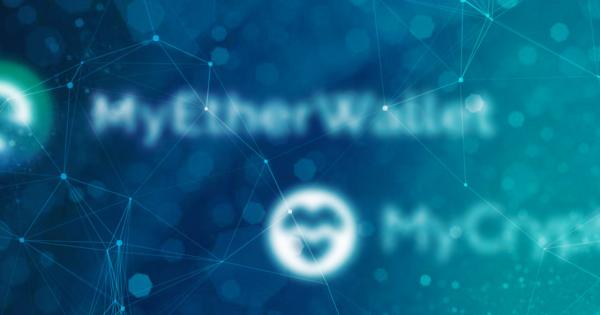 Yesterday, something weird happened with the popular Ethereum wallet, MyEtherWallet (MEW). Without notice, MyEtherWallet changed its name to MyCrypto.

After further investigation, it seems that MyCrypto essentially “forked” from MyEtherWallet.

MEW is still available and in control by its other co-founder Kvhnuke, one of the two founders of MEW.

However, the transition and announcement was strange to say the least, leading many to speculate about the possibility of a potential hack.

So what is MyCrypto?

MyCrypto is the birthchild of Taylor Monaham, one of the co-founders of MEW and a highly respected person in the crypto-space.

The public announcement of MyCrypto was abrupt and without any prior notification, it was very alarming to many MEW users. But once she released her Medium response, it started to make a bit of sense.

Although the way in which MyCrypto was announced may have been confusing for the community, Taylor is only human and trying to make a product that can work for the betterment of the Ethereum community.

“I was terrified — am terrified — at the potential harm this change will have on myself, the team, and/or the Ethereum community but ultimately, the risks created by continuing down the road we were on are greater than the risks of splitting to a new brand, new company, new name, and new domain. While contemplating this decision, I began to see that my inaction would be the only thing that guaranteed my failure.”

Taylor here is talking about scaling. MyEtherWallet started as a fun project, with no intentions to become one of the most popular and trusted Ethereum wallets.

Most of the time, the co-founders had normal jobs and would update MEW in their spare time. But once things started getting serious last year, they needed to scale.

While the actual confliction is unclear, it seems that Kvhnuke wanted the original MEW (he owns the GitHub) while Taylor wanted to create something bigger and more scalable.

Why not announce the split in advance?

Maybe they were not trying to make too much noise with the split. MyEtherWallet still works and all the wallets are still intact and secure. The MyCrypto team just wanted to work on a new wallet and it was probably agreed that she must go rather quietly as to not bring the whole MEW crowd with her.

However, that strategy seems to have temporarily backfired as crypto Twitter began speculating exactly what happened and why it went down the way it did.

Will people move to MyCrypto?

For now, it seems that MyCrypto is almost an exact clone of MyEtherWallet. It remains to be seen what ways MyCrypto will differentiate itself in the future from MEW.

MEW doesn't exist without @tayvano_! She was MEW, but now she is @mycrypto & we should all migrate with her because she is a badass CEO/builder! Her team built crucial infrastructure that we all use for FREE! Please support, donate to and use @mycrypto #welovemycrypto https://t.co/jtXTKI3Z22

Due to her popularity and respect within the world of crypto, those who believe in Taylor’s vision will move from MyEtherWallet to MyCrypto. Only time will also tell whose wallet will end up becoming the most trusted Ethereum wallet.