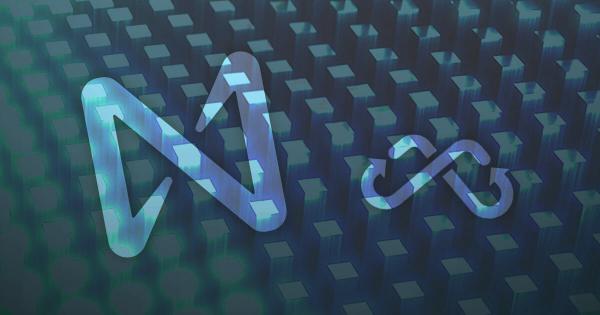 Interoperability Platform Multichain has announced that it is working with NEAR protocol to enable multi-chain assets and communication to easily bridge between NEAR and other networks. If the future of blockchain is interoperability then multichain is at the forefront of this future. To encourage mass adoption it may be important for various blockchains to complement each other and enhance each other’s capabilities.

Multichain is currently the most popular bridging platform in the crypto space. The protocol supports more than 1600 tokens, boasts hundreds of millions of dollars in daily transactions and more than 540 thousand users in total. It is designed to support interactions between chains, including non-EVM compatible ones. Multichain was born as Anyswap on the 20th July 2020 to service the clear needs of different and diverse blockchains to communicate with each other. Each blockchain has its own unique services that it provides, its own community and its own development ecosystem. The solutions developed by Multichain allow almost all blockchains to inter-operate.

Multichain supports both mint-and-burn and liquidity-enabled bridges. The former function by locking the transferred amount of a token on the starting chain and minting the same amount of the relevant token’s version on the destination chain.

🥳Thrilled to be partnering with @NEARProtocol#Multichain will enable multi-chain assets and communication to easily bridge between NEAR and other networks, and we’ve got more cross chain integrations coming too!
Truly exciting time to work with NEAR toward a multi-chain future! pic.twitter.com/daFbc4kQFZ

NEAR protocol is renowned for its user-friendly interfaces and tools. It was designed to incentivize developers and teams to create more accessible DApps and it employs the process of sharding to achieve greater speed and scalability. The last few months has seen an enormous rise in popularity within the NEAR ecosystem as a Layer one blockchain that provides easy access to DeFi and NFTs. NEAR has already demonstrated a commitment to cross chain collaborations with the cross-chain bridge that Allbridge launched to provide greater ecosystem resilience to many other blockchains such as Solana, Terra, and Celo with NEAR. New opportunities to drive market awareness arise as blockchains cooperate. Projects such as Ref Finance are supporting and encouraging community movement in a multi-chain market.

Posted In: NEAR Protocol, Partnerships