MicroStrategy has quickly become one of Bitcoin’s biggest supporters in the world of traditional firms and institutions. 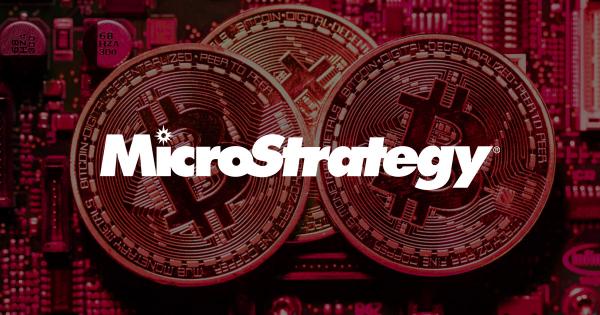 MicroStrategy has quickly become one of Bitcoin’s biggest supporters in the world of traditional firms and institutions. The business services and analytics company, based in the Eastern U.S., shocked the world when it invested $250 million from its balance sheet into BTC.

This took many by surprise for three reasons:

But the company bought Bitcoin anyway, arguing that it was a better alternative to holding cash due to the vast amount of inflation and currency devaluation taking place.

The company later doubled down, buying $175 million worth of Bitcoin in September, then another $50 million worth just last week.

In total, MicroStrategy now owns $750 million worth of BTC, which it is up nearly 80 percent on.

But that’s not enough: the company yesterday announced that it is looking to raise $400 million in a debt securities auction to, well, buy more Bitcoin.

“MicroStrategy intends to invest the net proceeds from the sale of the notes in bitcoin in accordance with its Treasury Reserve Policy pending the identification of working capital needs and other general corporate purposes.”

Still, by planning on buying Bitcoin with this capital, MicroStrategy thinks that BTC will outperform the interest they will have to pay on these shares.

As Nic Carter of Coin Metrics wrote, this is a “speculative attack on the USD.”

MSTR launching a speculative attack on the USD https://t.co/TKITBhGmTO

Unfortunately, the market may not be taking this in stride.

As noted by trader “loomdart,” the company’s shares are down 8.6 percent in the past 24 hours. This is one of the biggest declines in the MSTR stock since it first purchased Bitcoin back in August of this year.

Hey uhh… anyone know why microstrategy is down today? pic.twitter.com/7qxas2fCqN

This drop comes on a date where the S&P 500 and other top indices are marginally up on the day.

The decision to fund Bitcoin purchases with debt may be worrying some investors in the company who think BTC may not move as high as many in this space suggest.

“The Citron Fund has a position in MSTR, which we believe is the best way to own Bitcoin. While we believe BTC is going higher, we cannot provide any deeper analysis than what has been overanalyzed by all.”

Citron Research specifically cited the fact that MicroStrategy is basically handling custody of Bitcoin, meaning to some extent, users can acquire exposure to BTC without much risk of being hacked.