Aaron Wright, a professor at Cardozo School of Law, believes Ethereum could “eat” Wall Street in the next 10 years. 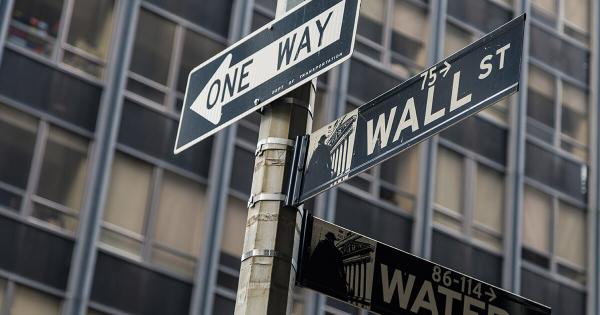 Aaron Wright, a professor at Cardozo School of Law, believes Ethereum could “eat” Wall Street in the next 10 years.

Why Ethereum could rapidly evolve in the upcoming years

Decentralized finance (DeFi) has taken over Ethereum and the cryptocurrency space by storm. There is now over $14.9 billion in value locked in across DeFi protocols and the cumulative market cap of DeFi tokens has reached $18.8 billion.

“DeFi isn’t starting to eat Wall Street.  Ethereum is. Over the next 5-10 years, it could eat: * Sillicon valley with DAOs * Art/gaming, market with NFTs * Social networks, media, and influencer networks with personal tokens.”

DAOs, in particular, could become the focal point of Ethereum’s next growth phase because it can be adapted in many different ways.

In concept, a DAO is an organization that is run in a decentralized way. Members of the DAO would vote to make decisions, allowing the community to run the organization.

A DAO could be a fund, a project, or a community. Typically, a DAO has an underlying token, called a governance token. With it, members of the organization can vote to approve proposals.

For instance, a DAO could be used in a venture capital fund. Under a DAO-based fund, holders of the governance token would be able to dictate the operations of the fund.

If these decentralized governance systems get applied in both financial and non-financial sectors, it could massively increase the usability and adoption of Ethereum.

Eth2 only makes everything better

In the past, when Ethereum saw a significant increase in user activity on both DeFi, DAO, and other decentralized applications, problems with scaling often became a roadblock.

But, with the release of the Eth2 mainnet, the Ethereum blockchain network would be able to process thousands of transactions per second.

On-chain activity shows that the demand to stake ETH is only increasing, which would make Eth2 more stable.

In the medium to long term, Eth2 would provide a strong foundation for decentralized applications. As such, if Ethereum sees widespread usage in the upcoming years, the blockchain network would be able to handle the increase in demand.

Especially during a period in which there is a considerable spike in demand for ETH and the Ethereum blockchain, the probability of mainstream ETH adoption can increase rapidly if the current level of user activity can be sustained.