Microsoft, the world’s largest software company, moved its decentralized identity (DID) project to the Bitcoin protocol on June 10, opening the system to worldwide and extensive open-source development. 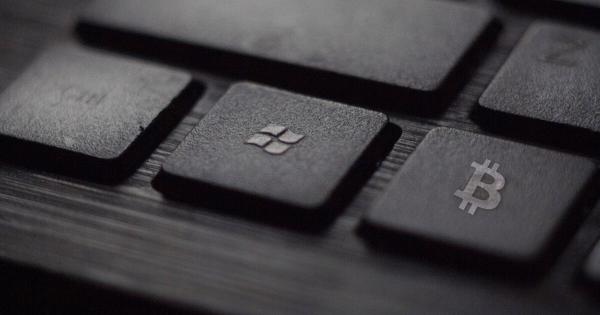 Photo by Tadas Sar on Unsplash

Microsoft, the world’s largest software company, moved its decentralized identity (DID) project to the Bitcoin protocol on June 10, opening the system to worldwide and extensive open-source development.

Called ION, the protocol makes decentralized identities, such as email addresses, passwords, and other personally-identifying online names possible. All DIDs are owned and generated by individuals, not entities.

Microsoft started work on the system in 2016, featuring the blockchain agnostic Sidetree DID network at the time. As the protocol developed, the concept of a DID working on a Sidetree sidechain was chalked out, and went on to become ION.

Holy smokes, ION is Live on the bitcoin mainnet! If you have no idea what that means, we've got you covered. Check out the details on the Identity Standards blog:https://t.co/i894K4YtAB

With regard to ION, the announcement noted it’s “difficult” to create a robustly decentralized and scalable network without resorting to trusted validator nodes, utility tokens, and other mechanisms. In other words, a purely decentralized platform with none of the fluff touted by similar altcoin projects.

Moving to Bitcoin as a “different path” from the alternative centralized approaches to DID technology served better for ION in terms of data ownership and transfer, the announcement noted.

Microsoft stated on Bitcoin as a choice:

The firm added ION is an open, public, permissionless “Layer 2” network built on open source code that “anyone can review, run, and contribute to.” It’s underlying development and framework design is made with decentralization in mind and can operate with centralized overseeing including that of Microsoft.

ION is a fully open-source network, meaning there’s no reliance on privileged validators or trusted authorities of any kind.

That said, cryptocurrency firms BitPay and Gemini acted as collaborators for ION’s development, operating test nest and mainnet nodes, and providing feedback since last year. Other collaborators are lined up to “harden” ION during the protocol’s remain beta tests.

The below graphic illustrates how ION works on the Bitcoin protocol. DID data is first sent to Bitcoin, retrieved and replicated via operation data on the Interplanetary File Storage protocol, and finally, processed in accordance with ION’s deterministic protocol rules.

The core promise of DID technology is to empower all individuals and entities with ownership and control over their identities, which aligns well with our mission of empowering every person to work, play, and achieve more.

The mainnet is expected to launch in November 2020. For individuals interested in working on the platform directly, a Decentralized Identity Foundation (DIF) has been established to foster collaboration and input, and the ION Github repo is open for contributions.