Police are looking for other victims of a scam related to Binance smart chain which left some investors out of pocket more than $230,000. 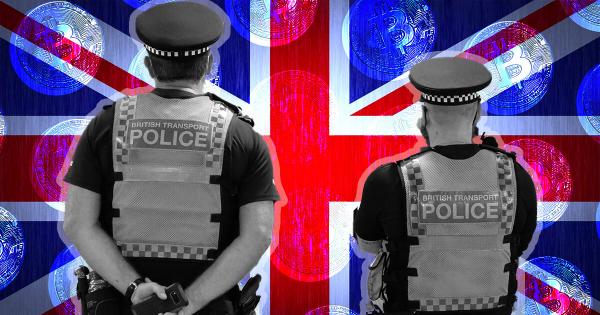 In the last 18 months the police in Manchester, the home of the two of the most famous football teams in the world, have returned over $25 million to victims of a global crypto scam. As of the last report, not all the people who have come forward to request their funds back have been verified and had their crypto returned.

However, figures suggest that the sums were around $230,000 per victim. Some requests may still be being processed but appeals for further victims to come forward are being made by the service.

A recent report by MPs claimed that there was not enough being done to stop and prosecute online scammers. This is a big win for blockchain as it again shows the power of a validated and open decentralized ledger. Transactions on the blockchain are visible to all and thus scammers’ transactions can be tracked by following the transaction history.

This is something that can not always be done with traditional banking and is impossible with cash. Scams within the traditional financial system still massively outweigh those in the crypto space.

MPs called for a “single law enforcement agency with responsibility to fight economic crime, along with one government department to take charge of the policy.” It is interesting that parliament is now calling for a need for an economic crime-fighting force after crypto scams reach $200 million in 2021 whilst over $3 billion is lost to traditional fraud and scams.

This does not account for money that may be considered to be ‘stolen’ from the public from the traditional financial system through irresponsible banking practices.

Manchester police have recovered around $20 million in 2021 and over $5 million already this year. Amazingly, the reason the money was able to be returned was that the scammers failed to secure their private keys to the wallets containing stolen crypto.

The police found the wallets and the keys meaning they were able to refund any victim who could show proof of owning a wallet connected to the scammers. Scammers use a lack of knowledge in their victims to exploit social engineering tactics to rinse them of their savings. It is quite poetic to see that the scammers are then also having their crypto seized due to poor crypto security practices.

Anyone affected by a scam related to investing in a Binance Smart Chain project should get in touch with GMP using the above email with the following details: