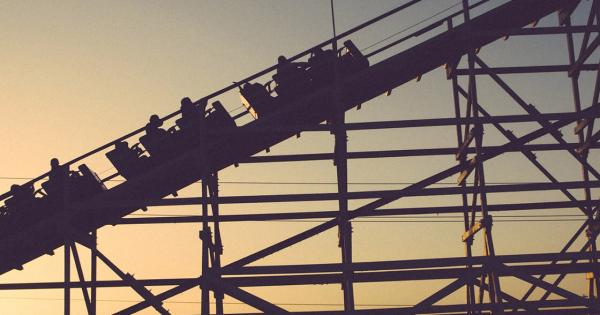 Bitcoin surged past $9,000 before plummeting to $8,000 and then recovering around $8,400. While the 8 percent drop was met with concern, one cryptocurrency analyst said that large drawdowns are actually normal in Bitcoin bull markets, adding that even more extreme drops are bound to happen.

Bitcoin breaks $9,000 before dropping back into consolidation

Believed to be in a major upward momentum, Bitcoin managed to surprise the market yesterday as it spiked 4 percent and then dropped another 8 in less than an hour. According to data from Coinbase, Bitcoin jumped from $8,743.62 to $9,090.00 around 15:40 UTC, cementing the belief that it was on the verge of a bull run.

However, the world’s largest cryptocurrency managed to hold above $9,000 just 10 minutes before dropping to the lower bound of its 48-hour trading range. The coin dipped to $8,100 before consolidating at around $8,400. Some places reported even bigger drops, with BTC falling as low as $8,000 on Bitstamp.

With most of the market believing BTC was in the middle of a bull run, the drastic decline was largely unexpected. Josh Rager, a prominent crypto analyst, noted that the sharp spike could be a result of a fakeout.

$BTC – it's not perfect but looks like distribution to me

The fake-out over resistance before dump – classic pic.twitter.com/mGsxJYwhgN

While Bitcoin’s drop caused quite a stir in the market, many were convinced this was nothing more than a “bearish outside day,” and that the coin’s upward rally will continue throughout June.

An interesting observation was made by Crypto Quantamental, a popular Twitter account led by an experienced Wall Street portfolio manager. The account tweeted that short-term drawdowns are “normal and to be expected” in a bull run.

The analyst also noted that Bitcoin’s volatility enables sharp drops in price even during major upward rallies, a trend that was first noticed during the bull market of 2017. The tweet was accompanied by a chart showing just how common these drops are.

For those that weren't around in the bull market in 2017, these sorts of drawdowns are normal and to be expected. Bitcoin is insanely volatile and will test your will. I'm not saying we are in a big "BULL", but if it is, expect this

See below for ~24hr drops in the last bull pic.twitter.com/AO4txhixNz

The chart showed 20 different price drops Bitcoin experienced, ranging from as low as 6.5 to as high as 25.49 percent. What came as the biggest surprise, though, was the fact that each one of these 20 drops happened between Oct. 17 and Dec. 13.

Despite these drops, Bitcoin was up 370 percent during this period, the chart showed.

In the following tweet, it was also explained that only composite prices were used in the chart, making the number relatively smooth. When looking at data from BitMEX or some of the illiquid exchanges from the time, Bitcoin’s moves are even more extreme.

Also these are COMPOSITE prices, so they are somewhat smooth. You'd see even BIGGER moves on Mex (system overload!!!!!!!) or some of the illiquid exchanges

Bitcoin spikes past $9,000 before falling back into consolidation range

Bitcoin surged past $9,000 before plummeting to retest the lower bound of its trading range at $8,600.