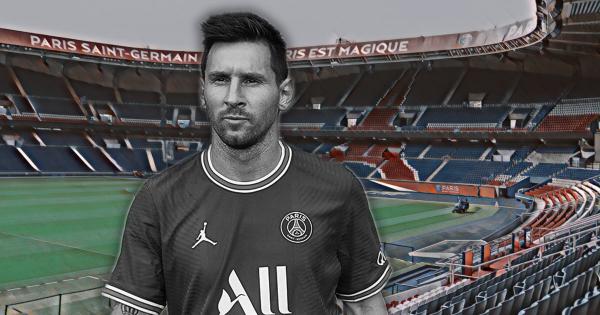 Paris Saint-Germain (PSG) has revealed that the financial package of its latest signing, Lionel Messi, includes payments via the club’s crypto fan token, as per a Reuters report citing an unnamed source close to the matter on Thursday.

According to the statement by the Qatar-owned French club, the wage deal agreed with Messi, a six-time world footballer of the year and Argentine soccer star, includes the cryptocurrency “$PSG Fan Tokens”.

“This initiative positions Paris St Germain once more like one of the most innovative and avant-garde brands in the sport globally”, the club’s statement read in part.

Messi joined PSG this week as a free agent after Barcelona acknowledged they could no longer afford him.

Unsurprisingly, following the announcement that Messi is joining the club, the fan token named “PSG\USD” launched by the club resumed its uptrend, jumping by 10.57 percent to hit an intraday day record of $41.90.

This upside is coming on the backdrop of the 40 percent bearish correction recorded by the token when it reached an all-time high of $61.53 achieved on Tuesday when the speculation that Messi would sign a multi-year contract with Paris Saint-Germain first hit the wind.

“Paris Saint-Germain is a possibility, yes,” Messi had said during his emotional farewell address after ending his stint at FC Barcelona where he started his professional career 19 years ago.

Even though during the emotional address he noted that nothing was confirmed yet and the possibility of the move was still under discussion, this didn’t stop the cost to purchase a unit of the club’s token to increase by a hundred percent immediately after.

It later returned to normal due to what appeared like profit-taking but resumed its bull run entering the Thursday session, almost a day after Messi finalized his two-year contract with Paris Saint-Germain