The latest Compound research shines a light on the problem of liquidity mining. 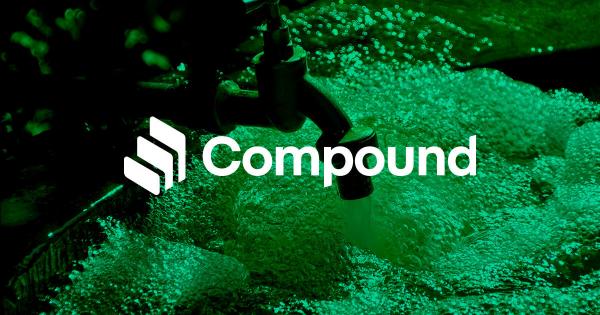 Photo by Waldemar Brandt on Unsplash

According to the latest research, one of the industry’s largest DeFi protocols is facing an incentive crisis. In his report, Alex Kroeger, an Ethereum researcher, found that most Compound’s liquidity miners have little to no economic interest in the protocol and do not participate in the protocol’s governance.

One of the first protocols to introduce liquidity mining, Compound quickly grew to become a DeFi powerhouse. With over $12 billion in total value locked (TVL), it’s the fifth-largest DeFi protocol according to Dapp Radar.

Kroeger analyzed the top 100 accounts by accrued COMP from liquidity mining and found that they accrued a total of 808,825 COMP tokens, equivalent to around $270.9 million. These accounts represent 69% of all COMP mined, which means that they make up the majority of COMP holders.

When it comes to participating in the protocol’s governance, the numbers paint a much bleaker picture—out of the top 100 addresses, only one ever voted on a protocol proposal.

“Liquidity mining programs merit more attention in DeFi governance more broadly–are they achieving their intended objectives? In the case of Compound, it seems clear that liquidity mining incentives are a poor way to turn users into stewards of the protocol.” the report concluded.

Nonetheless, there is a solution to Compound’s problem.

Kroeger proposes only incentivizing lending on the protocol to discourage liquidity miners from recursive borrowing and lending. Lenders tend to be more interested in passively earning yield and participating in good governance in the long run.

To better align incentives of these liquidity miners, he also proposes introducing a vesting schedule for accrued tokens—COMP tokens with a vesting schedule could then themselves be tokenized and these tokens could retain governance rights.

And finally, as an alternative to liquidity mining, the protocol could completely revamp its model to “governance mining.” Instead of distributing tokens to users that lock up capital in the protocol, Compound could distribute tokens based on contributions.

Regardless of what you think the goal of liquidity mining should be, I think the scale of the program means it merits more careful measurement and consideration of its costs of and benefits.

Compound’s blockchain is out, but is it really DeFi? Crypto community reacts