China’s digital currency, the DCEP, is currently in the advanced testing phase, with leaked images showing that the China Construction Bank already runs the alpha version of its DCEP app. 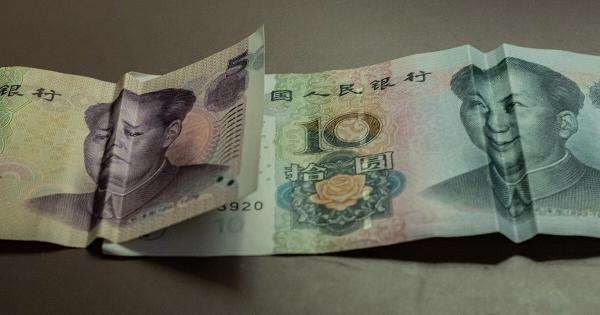 China’s digital currency, the DCEP, is currently in the advanced testing phase, with leaked images showing that the China Construction Bank already runs the alpha version of its DCEP app. It is still unclear when the app will be officially launched.

Alpha version of the first DCEP app in the works

The crypto industry got the first glimpse of how China Construction Bank’s new DCEP mobile app will look like when an image depicting the alpha version of the platform leaked on Chinese media.

Shared by Samson Mow, the CSO of Blockstream, the images show the alpha version of the app—the platform features a simple wallet-like layout clearly showing the yuan balance, with several functions such as bar-code scanning and withdrawals placed in the top row.

First published on Jinse, a Chinese blockchain news platform, the leaked image doesn’t give any further information on what some of the app’s other features might be.

While it’s hard to verify the authenticity of the image, it does look very much like the DCEP app reportedly being developed by the Agricultural Bank of China. Chinese blockchain media site BlockBeats reported that the first leaked images of the bank’s DCEP began circulating through WeChat at the beginning of March.

According to information shared by Matthew Graham, the CEO of Sino Global Capital in April, the application can be downloaded by those whitelisted by the government. The images showed that the app was currently in its beta version, but aside from branding with logos of the Agricultural Bank of China, details about its functionality remained unclear.

China’s push for a digital yuan is coming to fruition

China has been at the forefront of CBDC development ever since its president, Xi Jinping, announced the country’s plan to prioritize blockchain technology in the following years. After much speculation of how the country’s central bank digital currency (CBDC) will look like, first reports of China’s major banks testing out the new payment system began popping up in crypto media.

The People’s Bank of China (PBoC), as well as tech giants such as Tencent, Baidu, and Huawei have all been deeply involved with the launch of the country’s Digital Currency Electronic Payment (DCEP).

Earlier in April, the first mobile wallets enabled to work with DCEP were introduced, and banks such as the Agricultural Bank of China, Bank of China, the Industrial and Commercial Bank of China, and China Construction bank all reportedly tested the digital yuan.

According to the Bank of International Settlements (BIS), the timing of these launches could not be any better. The BIS wrote in a bulletin published Apr. 3rd that the outbreak of the COVID-19 across the world has accelerated the public’s distaste for cash, giving more prominence to central bank digital currencies:

“The pandemic may hence put calls for CBDCs into sharper focus, highlighting the value of having access to diverse means of payments, and the need for any means of payments to be resilient against a broad range of threats.”