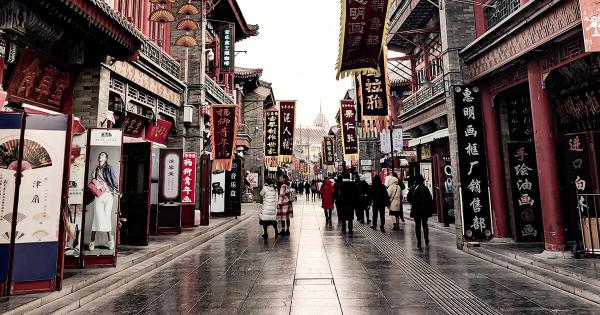 China’s long-touted digital currency will soon start trials at three U.S. restaurant chains in Beijing, the SCMP reported on April 23, 2020. Alongside the franchise giants in the upcoming trials are local gyms, hotels, convenience stores, and a bookstore.

As per local filings in Beijing, the Chinese government is finally moving ahead with its grandiose “digital fiat” plans, which has been in the news since 2017.

The local franchises of McDonald’s, Starbucks, and Subway in the Xiong’an New Area of Beijing have been selected for the trials, with no explanations for the inclusions of these specific restaurants. While American chains like KFC, Popeye’s, Shake Shack, Burger King, and Pizza Hut exist and have multiple outlets in China, they aren’t included in the list.

The country’s national bank, the People’s Bank of China, is in charge of the “digital yuan” project, serving as an extension to China’s cashless economy largely run by local players Alibaba and WeChat.

China’s move to cryptocurrency follows a decade-long move away from cash. The Far Eastern superpower has over 890 million mobile payment users, who cumulatively made over $20 trillion worth of payments in 2019 alone. Switching to a digital protocol may bolster fraud and funds tracking to presumingly lower financial crime, at the expensive cost of citizens surrendering their privacy. However, at the time of writing, it remains unclear if the digital yuan would operate on a blockchain or not.

The trial news comes almost seven months after PBoC announced the state-backed digital coin is “close” to release. Bitcoin’s price was unaffected by the development at the time, with the currency staying between $10,300-$10,700 for weeks.

While no official dates for the tests have been announced yet, China shall be the world’s first major economy to incorporate and operate a digital currency alongside the existing financial system. The implications could either lead to increased bitcoin and cryptocurrency acceptance in other countries or lead to similar nationally-backed crypto projects, the latter meaning relegating stateless cryptocurrencies like bitcoin and ether to speculative market purposes only.

Earlier, the Chinese government stated the digital yuan will replace Type “MO,” or cash in circulation, instead of Type “M2,” or currency used to generate credit and monetary policy. Such decisions help avoid a Tether-like situation where underlying digital assets can be issued continuously and endlessly to prop up Bitcoin prices, as CryptoSlate reported extensively in 2019.

BIS highlighted “the value” of different payment methods and frameworks in a financial system, providing citizens with financial diversity while protecting against “a broad range of threats.”