Is this the end of Facebook’s Diem?

Rumors are that Diem is looking to find a buyer after failing to secure regulatory approval. 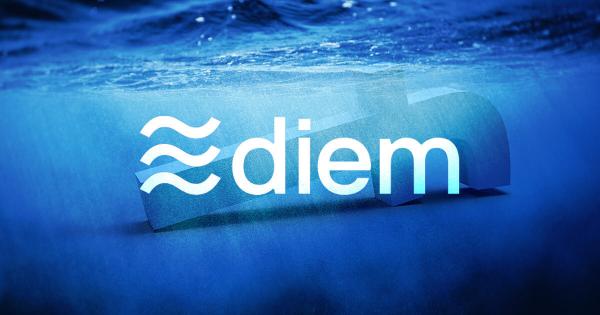 It looks as though Facebook’s Diem is coming to an end before it even launched.

Sources close to Bloomberg say the project is looking at selling its assets to reimburse investors and redeploy its engineering workforce.

Since announcing its arrival in the summer of 2019, Libra/Diem has had the extraordinary impact of uniting both authorities and the crypto community in their opposition to it.

Considering the Facebook group of companies has a collective user base in the billions, some saw the project as positive from an exposure point of view. Taking that into account, the Winklevoss twins said, “we need to be frenemies.”

But summer 2019 was also when the Cambridge Analytica scandal was blowing up. The outcome saw the Federal Trade Commission fine Facebook $5 billion for its role in violating consumer privacy.

While this isn’t the first or even last scandal associated with the social media giant, Cambridge Analytica set the stage for anti-Facebook sentiment, which continues to this day.

With that, it was always a big ask to accept Libra/Diem.

Facebook’s Project Libra had grand ambitions as a global payment system backed by multiple assets and currencies. Aware of the negative connotations of Facebook, the entity structure focused on attracting 100 equal founding members.

Heavy emphasis was placed on no single entity, including Facebook, having control of the project.

Initially, a slew of big names stumped up the $10 million founding member fee to sign up, including PayPal, Mastercard, Uber, and Visa.

But as the project was gaining traction, so too was regulatory pressure. A U.S Senate Committee on Banking, Housing, and Urban Affairs conducted a hearing on Libra/Diem, and discussions were not constructive.

Senator Sherrod Brown set the tone for the hearing by calling Facebook dangerous. He then talks about anti-competitive practices, algorithms to manipulate behavior, and “fake news.”

“Facebook has demonstrated through scandal after scandal that it doesn’t deserve our trust, it should be treated like the profit-seeking corporation it is.”

How the story falls apart

Facebook tried again by rebranding as Diem and scaling back its plans to offer a dollar-backed stablecoin.

Earlier this month, Zuckerberg clarified that Diem wouldn’t launch without U.S regulatory approval first. However, before then, the cracks were already beginning to show.

At the end of November 2021, former Diem Lead, David Marcus, announced he was leaving to focus on other projects.

Insiders claim that Fed opposition was the “final blow” for Diem, which now seeks to recoup whatever assets remain.

“The association struck an arrangement with Silvergate Capital Corp. to issue Diem, but resistance from the U.S. Federal Reserve dealt the effort a final blow, the people said.”

Meta (Facebook) could be planning to launch its own crypto exchange