Introduction to NEO – An Open Network For Smart Economy 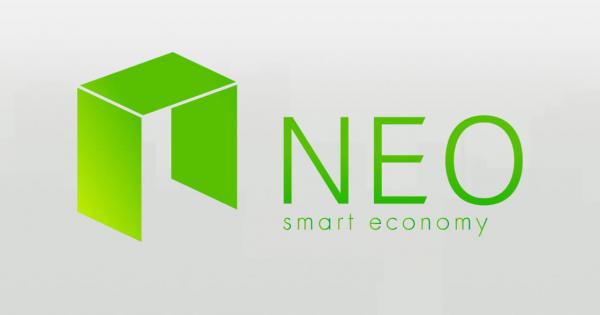 Formerly known as Antshares, NEO is reinventing commerce with blockchain technology by creating a smart economy in which businesses and governments will be able to digitize assets and automate their management. Often referred to as the “Chinese Ethereum,” NEO is a distributed network that combines digital assets, digital identities, and smart contracts.

This Chinese cryptocurrency has been created to shift the traditional economy into the new era of smart economies, where trade agreements are written with and enforced by Smart Contracts.

NEO makes use of blockchain technology with an emphasis on digital identity to digitize assets and automate their management.

Digital Assets are programmable and exist on the blockchain – digitizing assets is decentralized, trustful, and transparent. With NEO, users can register and trade a multitude of different assets, both physical and digital. All of these newly digitized assets will have proof of ownership in the blockchain.

Trade agreements are written in code as Smart Contracts, and stored on NEO’s blockchain. For instance, these Smart Contracts could be used to track the validity of wine shipments. An inexpensive microchip would be placed on wine bottles – the blockchain would verify the type of wine, age, price, and location. When the bottle is opened, the blockchain will give a time stamp, preventing fraudulent activity.

Using the blockchain to track wine shipments is merely one example of the many practical applications of NEO. Developers can use Smart Contracts to trigger certain actions if the right criteria are met automatically. Business transactions will become automated, and business owners won’t have to trust a third-party to facilitate these exchanges.

NEO, unlike privacy coins such as Monero, is focused on digital identities. Some believe anonymity is one of crypto’s most significant benefits.

However, transactions must be traceable to achieve mainstream adoption by businesses and governments.

Based on the PKI (Public Key Infrastructure) X.509 standard, NEO’s digital identity system is compliant with the international standard. NEO will make use of facial features, fingerprint, voice, SMS, and other multi-factor authentication methods.

Governments and businesses alike are adopting their digital identity system. The VALID project authenticates ID online and safeguards personal data. On February 14, 2018, the VALID team announced they will be integrating NeoID in their platform.

The VALID team writes via their blog:

Procivis AG, the company behind the VALID project, is pleased to announce that it will seek to incorporate NEO’s native digital identity layer, NeoID, for the development of VALID’s agnostic e-Identity layer and is proud to confirm NEO Council as a key strategic investor in VALID.

NEO already has a plethora of decentralized applications that have been developed for their blockchain.

NEO has been called “Chinese Ethereum” by many, even receiving support from the Chinese government in addition to other prominent Chinese corporations.

From a functionality standpoint, NEO wants to reinvent the way business is conducted by creating a smart economy with deployable Smart Contracts – on the other hand, Ethereum is a platform that hosts decentralized applications on their blockchain network.

NEO’s coding language flexibility is one of its most significant and compelling characteristics when compared to Ethereum.

NEO features “Smart Contracts 2.0” – rather than programmers learning and using Ethereum’s new Serenity code, NEO is tailored to suit the existing infrastructure. Programmers can use common languages including .NET, Java, and C#. More languages will be supported in the future including GO and Python.

NEO’s consensus protocol sets it apart from other tokens, including Ethereum.

NEO uses a unique consensus algorithm known as Delegated Byzantine Fault Tolerance (dBFT). You can think of dBFT like this: everyone who owns NEO is a member of the ecosystem. Members can vote for delegates to represent them, similarly to the US government’s congress.

Delegates in the ecosystem are known as Consensus Nodes – they are in charge of validating blocks. When the time comes to validate a block, one Consensus Node is randomly selected to broadcast their block to the network. 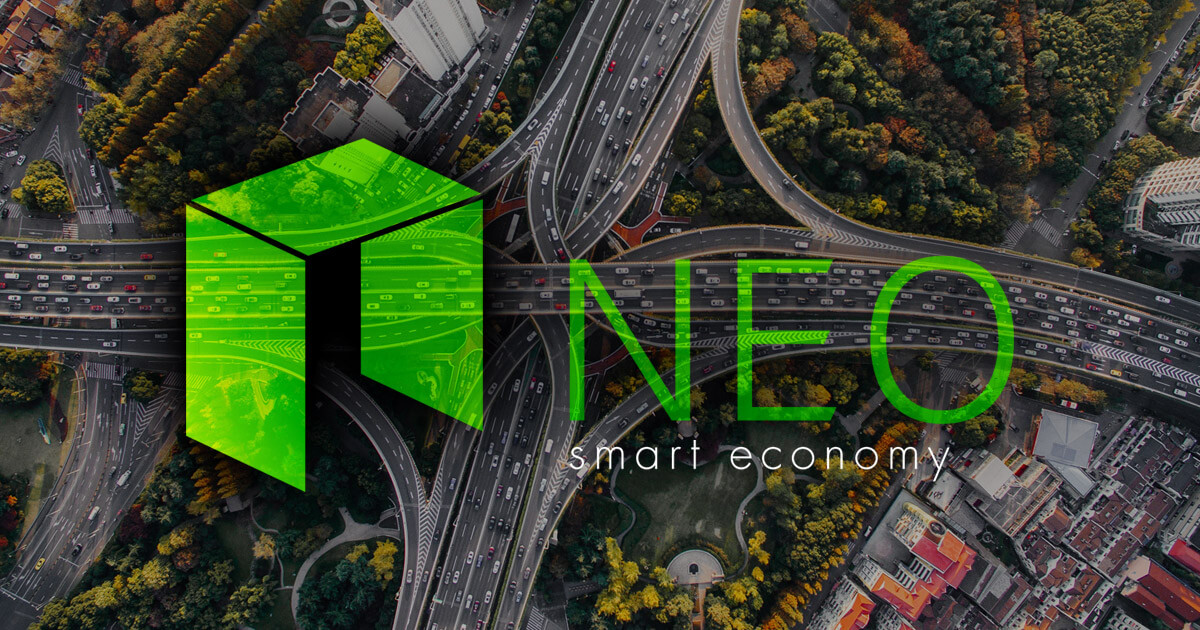 Comparatively to Ethereum, users must pay a fee to deploy a Smart Contract on the network.

Every time a transaction is made on the Ethereum network, users pay a fee for the transaction in the form of Ethereum gas – in reality, the gas fee is just a tiny portion of Ether.

Conversely, NEO’s fees are paid with the GAS token, which is separate from NEO. The NEO token represents shares in the NEO market. When users pay fees in the form of GAS on the NEO network, those fees are awarded to bookkeepers as compensation for validating the network.

GAS is paid to NEO holders as a dividend of their NEO wallet balance. The maximum possible supply of both NEO and GAS is 100 million tokens.

GAS is generated at a rate of 8 GAS per block, lowering by 1 GAS per block after every 2 million confirmed blocks.

The blockchain automatically calculates the amount of GAS you’ve earned, even when your computer is off. Once you collect your GAS, you can convert it back into NEO and earn even more GAS, or trade it for other tokens like Bitcoin, Litecoin, etc.

The token has gained the support of many Chinese corporations — considering NEO’s target market, this is an important step towards achieving their goal.

NEO’s founders also started OnChain, a company which is crucial to the project’s success. It is important to note they are partners, not the same company. OnChain is partnered with Microsoft China — additionally, they have worked with the Japanese Ministry of Economy and Alibaba. Founded in 2014, OnChain ranks among KPMG’s top 50 fintech companies.

OnChain developed a technology known as Decentralized Network Architecture (DNA), which works with the Chinese government and businesses to create public and private blockchains. Blockchains that have been developed with DNA link up to the NEO network and join the smart economy. NEO is the foundation of DNA — once businesses adopt OnChain, NEO will be integrated as well.

OnChain is also working on another token known as Ontology.

The ICO was a massive success after launching in October of 2017. The token is a means for business owners with limited knowledge of blockchain to integrate it into their corporation.

According to their whitepaper:

NEOX allows NEO to perform cross-chain transactions — it is NEO’s version of atomic swaps, allowing blockchains created by OnChain and NEO to communicate. The interconnectedness of blockchains is incredibly important. Chinese businesses that use OnChain to create a blockchain, public or private, will need to communicate with the NEO network.

OnChain brings blockchain technology (NEO) to businesses and the Chinese government. Once NEOX is fully working and implemented, OnChain and NEO will work together in harmony.

City of Zion (CoZ) is an independent group of developers formed to support NEO’s core development and ecosystem. They are responsible for the NEON wallet and the development of NEX, a decentralized exchange platform for NEO.

In 2014, Hongfei founded Antshares (NEO) and OnChain with Co-Founder Erik Zhang – now, their company is working in conjunction with NEO to revolutionize China’s economy.

Hongfei is mainly responsible for preserving the cryptocurrency space in China in the midst of their government cracking down on ICO scams. He has a direct line of communication with Chinese government officials and has worked with them in the past.

Erik Zhang is the CTO of OnChain and one of NEO’s core developers.

NEO has a substantial following of around 90,000 readers on their subreddit. They also have an active blog and Telegram channel.

Where is NEO Trading?

You can buy and sell NEO on all of the best cryptocurrency exchanges, including Binance, Bitfinex, Upbit, OKEx, and Huobi.

NEO is an ambitious project – the dev team is attempting to completely change the way everyday business is conducted with blockchain technology. More specifically, Smart Contracts and digital identities.

The token is competing with Ethereum in many ways. Both tokens are platforms for Smart Contracts and ICOs – however, NEO has a heavy focus on identity which is vital for business adoption. Furthermore, NEO’s Smart Contracts can be written in a variety of popular languages, whereas Ethereum requires developers to learn its new and unique language, Serenity.

NEO is taking on Buterin’s revolutionary and highly successful platform – it will not be easy to overtake the number two overall cryptocurrency by market cap. Although, they are based in China and have the support of China’s government.

OnChain will be instrumental in NEO’s success. They are not one in the same, yet they intend on operating in harmony. NEO is creating a decentralized and immutable smart economy in which users can digitize physical assets and track them via the blockchain.

For more information on NEO, including price, market cap, technical information and social media links, you can visit our NEO coin profile.