Interview with Jelurida Director Lior Yaffe on the state of Nxt, Ardor, Ignis and what’s in store for the future of blockchain 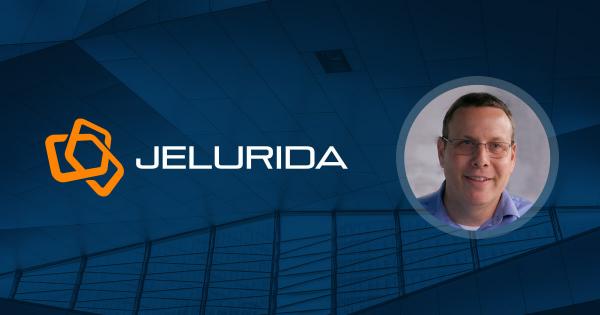 Lior Yaffe is the Co-Founder and Director of Jelurida and has 20+ years of experience in design, development, and deployment of enterprise applications for large organizations. Lior has his B.A. in computer science from the Technion in Haifa, Israel.

Before establishing Jelurida, he led the development and product management of a leading mainframe integration product at Software AG.

CryptoSlate had the opportunity to chat with Lior about a handful of topics including the current state of Jelurida’s blockchain technology and why a developer should consider Ardor over Ethereum.

What is your professional background and how/when did you get into crypto?

Lior Yaffe (LY): Since I was a kid I have always liked mathematics and computers. When students in my class were working to explore a function or solve an equation I was busy writing a computer program to perform this task automatically. I worked for many years as a software engineer and in various middle management roles for startups and large software vendors developing enterprise software.

Back in 2013 I already knew about Bitcoin from a random post on slashdot.org, but only when the Bitcoin price jumped to $1000 I decided to study the technology more seriously. I looked for something interesting to do, looked at BitcoinJ and various wallets but quickly realized that the main innovation happens in altcoins, not in Bitcoin. I got hooked up to Nxt – a small open source project which represented the first pure proof of stake blockchain and had many technical innovations that were way ahead of its time.

Tell us about why you decided to start Jelurida?

LY: The main problems with the Nxt project, as with many other open-source projects, were lack of funding and lack of intellectual property protection. Over the years people either directly cloned Nxt multiple times or created competing products such as Nem, Waves, Lisk based on ideas introduced by the Nxt developers and community. Some of these projects were able to raise funding beyond their wildest dreams. It was clear that we, the developers of Nxt, must do something to compete and to protect our legal rights, so that’s how Jelurida was established.

LY: The Jelurida HQ is based in Lugano, Switzerland. We registered the company in Switzerland to support our 2017 crowdfunding campaign.

What are some of Jelurida’s notable achievements or milestones?

LY: Jelurida was established by the developers of Nxt the first pure proof of stake blockchain, which is still operational today after more than six years. Ardor the first multichain architecture on mainnet was built based on Nxt technology. Ardor mainnet was launched in January 2018 and together with its first child chain Ignis and additional child chains represent the first hybrid public/permissioned blockchain technology to date.

What are the benefits of using Ardor as opposed to other Ethereum or other blockchain platforms?

LY: Let’s face it, the single blockchain single token model introduced by Bitcoin cannot scale on-chain. Yet, pretty much all of our competitors, Ethereum for once, including those who are not on mainnet yet (Cardano, Algorand) rely on this same design thus making them practically obsolete even before they were launched. Ardor is the first platform to introduce an operational model of sharding per application.

Its parent/child architecture provides several breakthroughs in blockchain technology including child chain transaction pruning, sponsored transaction fees using a novel bundling system and a simple, flexible and user-friendly smart contracts platform. All of our functionality is supported by a reference implementation wallet UI which reduces command line usage and makes our products much simpler to learn.

What can you tell us about Ardor’s/Jelurida’s product roadmap? What upcoming features are you most excited about rolling out?

LY: We are currently working on our 2020 roadmap which will be published soon. Our roadmap is full of technical goodies from scaling solutions to cryptographic tricks to user interface magic, however, our biggest item in the roadmap is to listen to our community and customers and develop what they need. This is how we came up with our multichain model and the hybrid public/permissioned model.

What are the biggest challenges of building a blockchain solution for enterprises?

LY: One notable challenge is the fine balance between transparency and privacy. In the classic model of blockchain, all data is transparent so that miners can validate it. Using our products you can encrypt and store data in the blockchain and even share it securely with a 3rd party but you cannot base your consensus on encrypted data. For blockchain to reach its maximum potential as a business application more advanced cryptography should be implemented to support consensus over encrypted data.

LY: I’m very excited about some of the projects building their applications on the Ardor platform. Triffic are working on an augmented reality use case for tokenization to promote business advertising in the physical world. Max Property Group (MPG), who has a child chain on Ardor, are going through the final steps of getting regulatory approval from the Dutch Financial Regulators (AFM) to launch their international real estate crowdfunding platform on blockchain technology. On the broader crypto ecosystem, the lighting network is surely one of the most exciting developments. I’m also closely monitoring Facebook Libra since they are the first large corporations to make a bold step into the public blockchain territory.

LY: Predictions were given to the fools, let me try to embarrass myself!

Facebook will spend another frustrating year trying to persuade global regulators to give a slack to its Libra platform.

Telegram will finally launch a blockchain product that wouldn’t come close to the fantasy product they described in their whitepaper.

I can only assume Ethereum 2.0. will be postponed again, given the magnitude of the challenges they are facing.

I expect some scandals around staking as a service when staking pools do not share their profits with their stakers. In my view, this whole trend is bad for the industry since it goes against the decentralization principal. I also don’t think it makes sense to pay interest on a proof of stake token which is trivial to mine as it only makes the rich richer.

What are the biggest obstacles for the mainstream adoption of crypto?

LY: To start with crypto is already enjoying mainstream adoption with Bitcoin worth 9000$ a piece and being used as a payment token for pretty much every possible goods and services. In addition, it’s safe to say the 2017 ICO boom was definitely a sign of mainstream adoption.

Having said that there are still very strong forces working against blockchain adoption by resisting any change to the established fiat system and the power and control it brings with it. These forces are trying to split the crypto ecosystem into heavily regulated but difficult to use “good” crypto and everything else considered “bad” crypto. While there are legitimate reasons for doing so, I suspect most of the fears from crypto are heavily inflated. It reminds me of the times when regulators did not allow to use a credit card for online shopping.

How will your company fare if there is not another crypto bull run in the next decade?

LY: Our focus at Jelurida is on building great user experience for our users and customers, by doing so I’d like to think we are somewhat shielded from the crazy fluctuations of the crypto market. We think for the long-range and have enough funding for the time being.

LY: I’m a big opponent of proof of work and a big supporter of proof of stake. I think the simple and battle-hardened Nxt/Ardor staking algorithm is sufficiently secure. Nothing at stake is not a practical threat and all these newer PoS algorithms are less secure due to their complexity and potential bugs in their implementation.

While L2 products such as lightning provide an alternative scaling solution, I still think scaling is better-done on-chain and that we can still improve a lot the on-chain scaling of existing products.

For a blockchain protocol to reach mainstream adoption it has to be designed with multichain in mind. I believe any team not currently working on a multichain solution is risking that their blockchain becomes obsolete.

Terrorists, criminals and money launders should be fools to use a transparent ledger to record their financial transactions and the risks from this are largely inflated. On the contrary, the KYC/AML craze going over the financial world and the crypto industry is destructive since sooner or later honest people suffer when their real-world identities leak to the dark web while criminals are easily adopting fake identities.

The Birth of Child Chains – Meet Nxt, Ardor and Ignis

Airdrops have become an increasingly popular method to distribute coins in a fair and decentralized way.